Pana TV buys rights to Half of a Yellow Sun 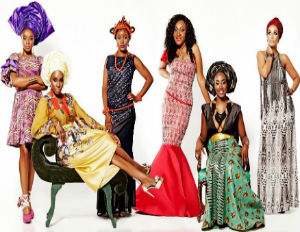 Pana Television, a new online Video on Demand, Internet service is announcing is presence on the video streaming scene with a bang.

The startup which will hard launch in July, has secured the exclusive rights to “Half of a Yellow Sun,” the biggest movie ever made in Nigeria.

Daniel Ogbonna, a Harvard alum and CEO and founder of Pana TV says, “We are the largest location of African television series online inÂ  in the world. We have over eight thousand hours of content loaded and an additional 6,000 still loading. At the end of the year we should have about 15,000 hours of content on the site.”

Ogbonna says he plans to enter the market using three major anchor platforms. Locking down the rights to streaming “Half of a Yellow Sun” here in the U.S. and in the United Kingdom was the first power move. Their second foray is a reality series with a focus on Nigerian wives living in Houston, titled “The Diary of a Nigerian Wife” debuts on the site in August. They’ve also purchased exclusive rights to stream, “Tell Me Something Sweet” a movie expected out this summer.

“Here in the U.S., the consumption pattern has shown that Americans are comfortable with online viewing as an alternative to TV. The only way to make a real impact today is to give users exactly what they want,” Ogbonna says.

He is particularly excited about “Diary of a Nigerian Wife” which is being filmed and produced by Pana Television, a formula that mirrors Netflix‘s “House of Cards” and “Orange Is the New Black.”

So how does Pana TV differ from competitors Iroko TV and the newly launched Africa Magic Go?

Ogbonna tells Blackenterprise.com, “We are Pan-African, hence the name. We get content from across Africa. We also have a broader genre of content. We have movies, music videos, lifestyle, which includes fashion and we have sports. We also have a kids section loaded with Pan-African cartoons.”