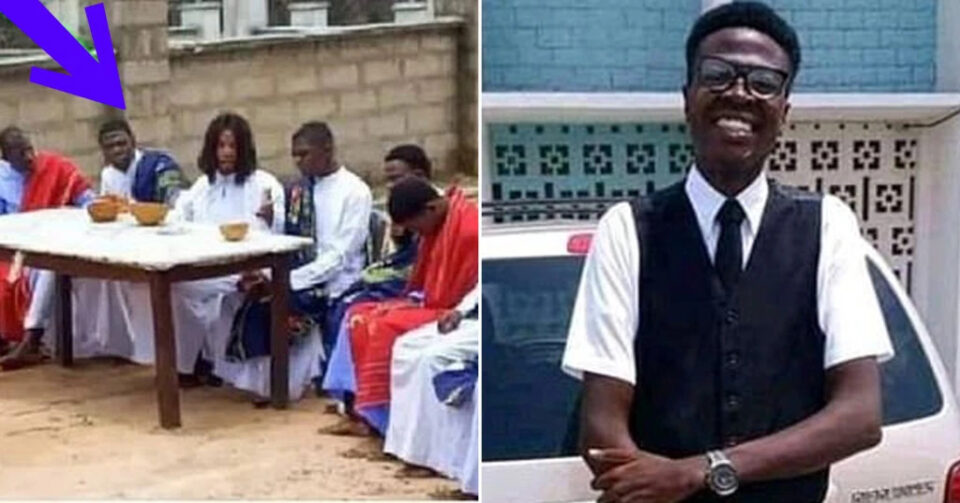 Sule Ambrose, 25, a student at the Clariantian University of Nigeria (CUN) in Nekede, suddenly collapsed and died on Good Friday, April 15, while reenacting the crucifixion scene during a school performance of “The Passion of the Christ.”

Before the tragic collapse, Ambrose was playing the role of Simon Peter, also known as Saint Peter, in the reenactment of the drama. The Mirror reported that he fell during the scene where the Apostle cuts off a Roman soldier’s ear to protect and save Jesus. The audience was confused, but the sight of his blood was alarming, so bystanders immediately rushed to his aid.

“Initially, when it happened, we thought it was a joke and that it was part of the drama. It was when he could not get up that was when we knew it was a serious matter, and he was rushed to hospital,” an eyewitness named Micheal Eluwa told Vanguard News Nigeria of the tragedy.

The philosophy student, who had aspirations of becoming a priest after graduation, was pronounced dead at the hospital.

According to the witness, “everybody came together and rushed the deceased to a school hospital.”  His condition worsened, and Ambrose was later taken to a nearby Federal Medical Center, FMC.

“It was from there we heard he could not survive it,” recalled Eluwa.

The university management has not yet revealed any information about Ambrose’s cause of death. Through statements made by the priest in charge of Students Affairs, Chukwuemeka Iheme, the unfortunate pupil’s death will be addressed at a later time.

Easter celebrations took place worldwide over the weekend, including Nigerian traditions. Many churches held services, and families gathered together to observe Good Friday. In Lagos, an annual carnival is held to celebrate the Easter holiday, and it features colorful clothing, music, and dancing.