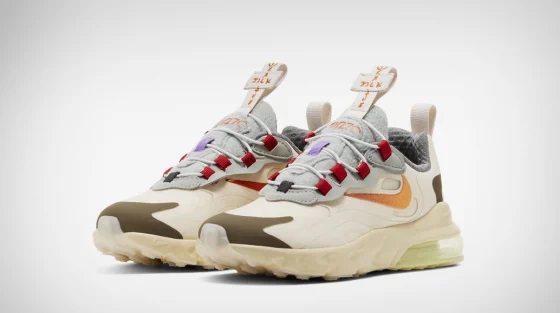 The latest setback for entertainer and businessman Travis Scott after the tragic incident at his Astroworld festival in Houston involves footwear giant Nike.

According to NBC News, Nike announced that it is delaying the release of a collective collaboration sneaker between the sports apparel company and Scott. The footwear was the Air Max 1 x Cactus Jack sneaker.

“Out of respect for everyone impacted by the tragic events at the Astroworld Festival, we are postponing the launch of the Air Max 1 x Cactus Jack,” according to a written statement by Nike.

ABC News reported that The Nike x Travis Scott Air Max 270, a pair of brown and tan Air Max 1s was scheduled to be released on Dec.16 with a $175 price tag.

Last week, the rapper offered to pick up the costs for the funerals of the then eight victims who died at the festival and offered to provide therapy for the concert attendees.

According to Insider, Scott announced that he would pay the funeral costs of the eight victims killed at his Astroworld festival after attendees were trampled and suffered significant injuries.

The entertainer has also partnered with an online counseling service, BetterHelp, to provide free therapy to those who attended the festival, whether they were directly affected or not.

Ten people died while attending the first night of his Astroworld festival, which was in its third year.

Several hundred people were injured from a stampede as Scott was performing on stage. Reuters reported that the Houston Police Department had opened a criminal investigation.

Billboard reported that the FBI has offered to assist with the criminal investigation into the deadly incident.

“FBI Houston has offered our assistance and resources to the Houston Police Department, and we are poised to assist,” said Brittany Garcia, a public affairs officer in FBI’s Houston office. “It is standard practice for the FBI to assist our local law enforcement partners if we have a tool, tactic, or technique that could benefit their investigations.”