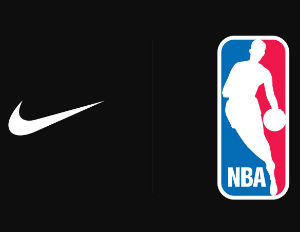 Late yesterday, news broke that the sportswear and retail giant Nike finalized a deal that would make it the exclusive apparel brand for the NBA, WNBA, NBA D-League.

BREAKING: Nike and NBA to announce new 8-year deal to become official uniform of NBA. Will start in 2017-18. Adidas is out.

Today, the details of the deal have begun to surface and they are staggering, but certainly representative of the two titans sitting at the table. The deal is an eight-year partnership, beginning in the 2017-18 season. Per an ESPN report, while the financial terms were not immediately disclosed, the deal is believed to be worth roughly $1 billion, according to sources, which they note is approximately a 245 percent annual increase from the previous deal.

Nike has generally maintained a strong presence around the league over the years, and within basketball communities at various levels; the company has been an official Â marketing partner of the NBA since 1992, and the footwear and apparel provider for USA Basketball, the country’s Olympic representation for the sport, since 2006. Additionally, the sportswear giant has been ever-present in locker rooms and on courts, as Nike and its affiliated brands – which include Jordan and Converse – control more than 90 percent of the U.S. basketball shoe retail market. The company has endorsement deals with many of the league’s biggest stars, including LeBron James and Kyrie Irving – whose Cleveland Cavaliers are currently locked in a battle for the NBA championship, as well as Kevin Durant, Kobe Bryant, and Russell Westbrook.

“We’re excited to bring the full power of our global reach, innovation and creativity to partner with the NBA and grow the game in a way only Nike can,” said Nike president and CEO Mark Parker. “In Nike, Jordan and Converse, we have three of the most connected brands in the world, and look forward to making the global growth of the game a successful strategy for both the NBA and Nike.”

Adidas, the brand that has been Â outfitting the league since taking over for subsidiary brand Reebok in 2006, said earlier this year that it would not attempt to renegotiate an extension. Reportedly, there was tension behind the scenes as NBA executives and Adidas officials had differing visions for the partnership. As Adidas, the Germany-based company continued to put most of its efforts into the more globally visible sport of soccer, they dropped in the U.S. sales rankings, as Under Armour became No. 2 in sales behind Nike. An additional report stated that the 11-year contract was estimated to be valued at $400 million, and executives said it hadn’t paid off as expected

“This partnership with Nike represents a new paradigm in the structure of our global merchandising business,” NBA commissioner Adam Silver said in a statement. “As our exclusive on court apparel provider, Nike will be instrumental in our collective efforts to grow the game globally while applying the latest in technology to the design of our uniforms and oncourt products.”

One notable change in design that’s already planned is the addition of the Nike logo on team jerseys, which is a first for the league. It joins most other sports in the addition, most notably soccer, but also the NFL – for which Nike has designed uniforms for since 2012, and recently extend the rights through 2019.

Speaking with Bloomberg Business of the addition of the logo on apparel, Brian Yarbrough, an analyst for Edward Jones & Co said, “Having the Nike logo on the jerseys can help grow the business, the bigger aspect is it keeps the competitors’ logos off the jerseys.â€