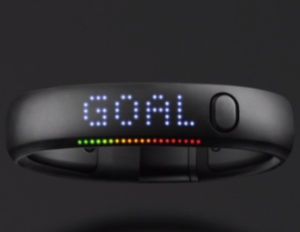 Nike's Fuelband has kept the company's name relevant in the age of wearable fitness devices.

Nike’s Fuelband may have run out of gas.

The sportswear company laid off a majority of the 70-person team that was responsible for creating the Nike Fuelband hardware. The team was part of the larger 200-person Digital Sports division at Nike, according to CNET.

Nike reportedly had a new, thinner version of the Fuelband planned for this Fall, but had cancelled the project.

The move could be thanks to the advances in smartphone sensor technology, with phones like the Samsung Galaxy S5 and its heart rate sensor, or the iPhone 5s and it’s M7 motion processor, the need for a dedicated hardware device may not be necessary to Nike’s future.

The company is still dedicated to its software, and recently opened Fuel Lab, a development center in California that lets other companies design hardware that uses the Nike+ API.

This post on anonymous social networking app Secret.ly was the first indication of an issue with the Fuelband team. 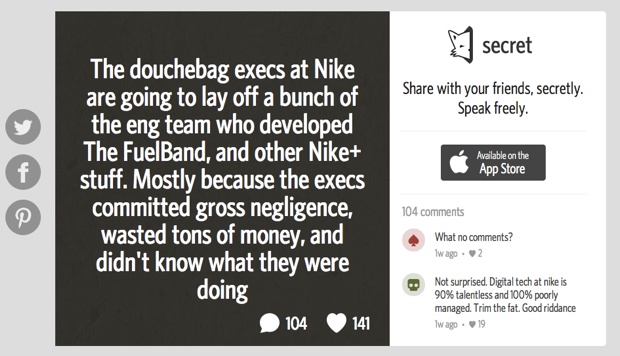 Of course, as wearable tech is created by tech giants like Sony and now Samsung, there could be another reason for the decision to axe the Fuelband’s future: Apple. In the beginning, Nike’s software efforts were geared specifically toward Apple’s devices, leaving Android smartphone owners high and dry until 2012, with the release of the Nike+ Running app.

Tim Cook, Apple CEO, sits on Nike’s board, and has done so since 2005, and Nike’s Fuelband only works with Apple’s devices, as did all of Nike’s Nike+ hardware. There’s only one Nike+ app in Google’s Play Store compared to the six on Apple’s App Store.

If the company’s creating the long-rumored “iWatch” then they could be angling for full control (or at least some sort of exclusivity) of the Nike+ branding to help boost sales of the device, and getting rid of the Fuelband is one way to do it.