Nike Pulls Out of Local Stores in Philadelphia & New Jersey 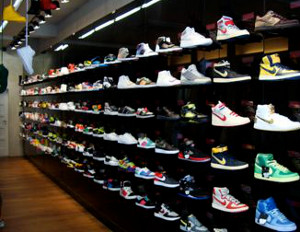 Nike is pulling some of its items off local stores shelves. The move, while completely legal, is a crushing blow to small retailers in the Philadelphia and Camden, New Jersey areas.

According to CBS3, select area stores have been informed that as of June 30, Nike is “exercising its right to terminate your accounts.â€ The notice lists “no reasons whatsoeverâ€ as to why Nike is severing ties with retailers in the Philadelphia and Camden areas, but some have speculated that a Niketown Outlet will be coming to the area.

Currently, small “mom-and-pop” shops like Top Shoes, Center City Sports and Shoe Plus are among the only known stores affected by the notice.

In a statement Nike said:

“Nike is constantly evaluating its distribution needs with a view to enhancing its brand. This includes adapting our distribution strategy to the changes in our consumers’ purchasing behavior, the retail landscape, and our brand strategy.â€