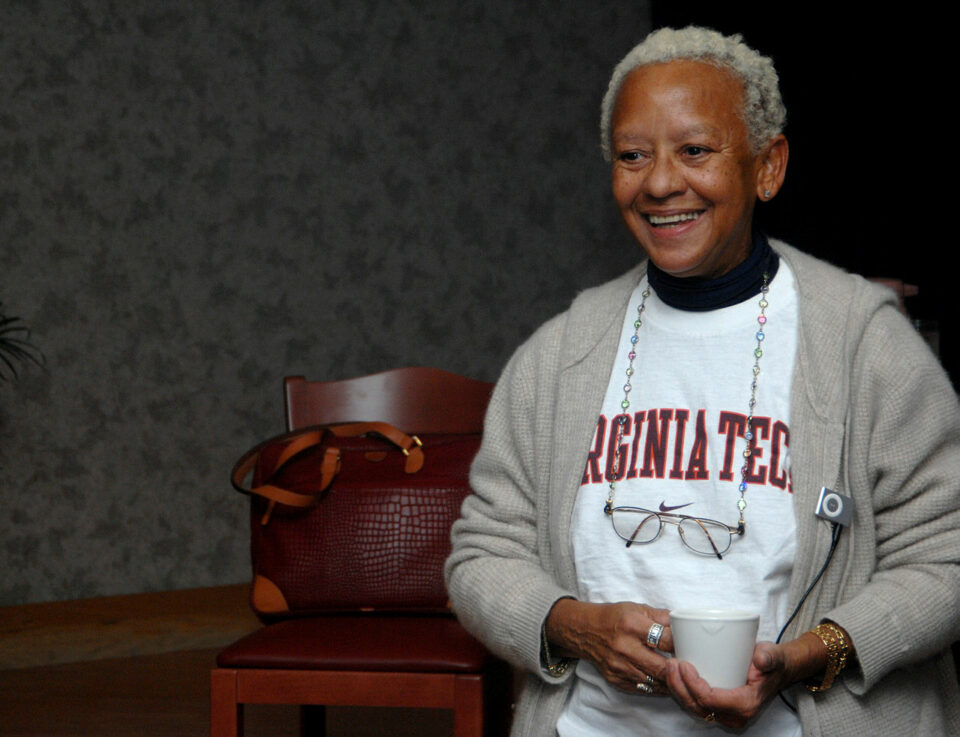 Internationally renowned poet and activist Nikki Giovani will start a new chapter after 35 years as a professor in Virginia Tech’s English department. She has officially retired, marking what the university calls the “end of a poetic era.”

The iconic Nikki Giovanni has inspired and helped heal generations with her words of wisdom and passion.

For 35 years, she helped shape the lives of Hokies in @VTenglish, and throughout @virginia_tech.

Giovanni began her academic journey at Virginia Tech in 1987 as part of the Commonwealth Visiting Professor program, which was designed to recruit artists and scholars from minority groups to the university. She was recruited by Ginney Fowler, an English department faculty member, after hearing her speak at a conference.

The essayist and author was then living in Ohio. She accepted the offer and relocated with her mother and her son to the New River Valley. And the rest is history.

Nicknamed the “Princess of Black Poetry,” Giovanni had already been distinguished as part of the National Black Arts Movement. She was also named a University Distinguished Professor in 1999, an honor that recognized her scholarly work for capturing national and/or international recognition.

In 2005, Giovanni created a poetry competition to pay tribute to the late Charles Steger, who served as Virginia Tech’s 15th president.The annual contest was eventually renamed the Giovanni-Steger Poetry Prize competition, and it offers a cash reward for students of all disciplines.

The literary legend is also recognized for organizing an event to commemorate Toni Morrison’s legacy in 2012 at Virginia Tech. Maya Angelou and Rita Dove were among the attendees.

“Nikki Giovanni has been an important and deeply valued presence on our campus, giving voice to the spirit of Virginia Tech and helping us celebrate, mourn, learn, heal, and be better,” said Virginia Tech President Tim Sands. “Her words will continue to inspire us and touch readers around the world, and while we will miss her regular presence on campus, she will always be a beloved member of our university community.”

Though Giovanni’s professorship has run its course, she is not retiring her pen. Her newest children’s book, A Library, set to debut this fall at the Library of Congress in Washington, D.C., chronicles her weekly visits as a child to a segregated library.

In response to the retirement news, former students and supporters honor her in their own way.

Only special occasions bring out the class ring. Celebrating the career of Nikki Giovanni (who my 2020 ring is named after) is one of those times.

Congratulations on your retirement!

Thank you for all you’ve done for @virginia_tech. Hokies are better because of you. pic.twitter.com/Kgp0RGQB9W

My college professor had us interview living poets for an assignment. So I looked up Nikki Giovanni number on the VT website, called and left a few messages. She called me back, left a message and let me interview her over the phone. We met the next week 😆 https://t.co/GDXkNrZOmO pic.twitter.com/qqZbMTwAvr

“I want my students to not accept what they are hearing, but to look and say ‘what kind of sense does this make?’ and ‘what is going to be the end result’?,” Giovanni said of her goal of mentoring students, per the university announcement.

Some 30 honorary degrees and a Grammy nomination later, Giovanni is taking a bow. Well done, Nikki.