Nikki Woods' Keys to Success: Build Your Brand and Become a Legacy 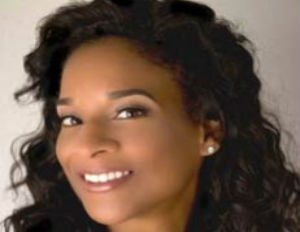 The Tom Joyner Morning Show (TJMS) is the #1 syndicated urban morning show in the nation, reaching over 8 million people daily. Beginning her career almost twenty years ago in television, and later transitioning to radio, Nikki is also an on-air contributor to the TJMS. Her previous endeavors led to TV and radio shows in Boston, Connecticut, St. Louis, Chicago, and Dallas, where her current position is at the TJMS.

[Related: 7 Facts You Should Know About Venus Williams Off The Court Business Smarts]

Nikki has managed to give 100% to the TJMS, as well as a 100% to her own team at Nikki Woods Media. Balance between the two is a result of recognizing the value-add both teams give each other. Nikki Woods Media was birthed 7 years ago, when businesses truly began to develop platforms on social media. Nikki Woods Media is a tool which assists people with creating their own platform to build their brand, their business, and reach their goals.

Nikki shared some strategies that helped to formulate her success:

Success Requires a Certain Level of Persistence
You will experience being told ‘no.’ Instead of taking it as a ‘no,’ consider it a ‘not now’ and remain persistent if it’s something you really want. In her career, Nikki has benefited from remaining determined, not giving up and pursuing her goals. Although she experienced fear, (Nikki believes there’s always that little clinch in your stomach when someone entrusts you to do something) she kept going. Instead of being afraid of failing, operate in a space of faith and continue to push forward!

Always Be a Student
Resist getting to the point where you think you know everything. Don’t become comfortable where you are, but be willing to elevate your level of excellence. You’re only as strong as your support system, so surround yourself with people that support you and will challenge you to succeed. Be open to learn and glean from the resources around you. Mentors in Nikki’s life included her father Elroy Smith, who gave her the first position she had; Bonnie Deshong, both a competitor and a mentor; along with others such as Tom Joyner from the TJMS.

Preparation and Flexibility
Some say, “Always be prepared.â€ Others say, “Just go with the flow!â€ Nikki says both. She believes you should definitely work and prepare, but sometimes done is better than perfect. Don’t allow yourself to get so caught up in preparing that you neglect to even start. Nikki maintains a consistent and constant level of learning so she is prepared at every moment, but she’s not preparing to the point that she’s not producing. Entrepreneurs must possess the ability to be prepared yet flexible, expecting the unexpected. By being tested and challenged, Nikki has mastered those skills and grown because of it. There were times she realized she couldn’t stay on her current course – she had to shift.

Business Should Be About Building a Legacy
Nikki’s company philosophy is that writing a book is the most efficient way to grow your brand, your business, and build your speaking platform. This is the fastest way to be seen as an expert, which is why she is currently working on her second collaboration book project. The first book, titled Shift, features twenty women sharing stores of strength, courage, and succeeding against the odds. Nikki is building a legacy by building her brand and investing in the success of others like you.

Nikki Woods empowers others to create more by telling their own stories.Â  Learn how you can become a best- selling author on her website wannabeanauthor.com.