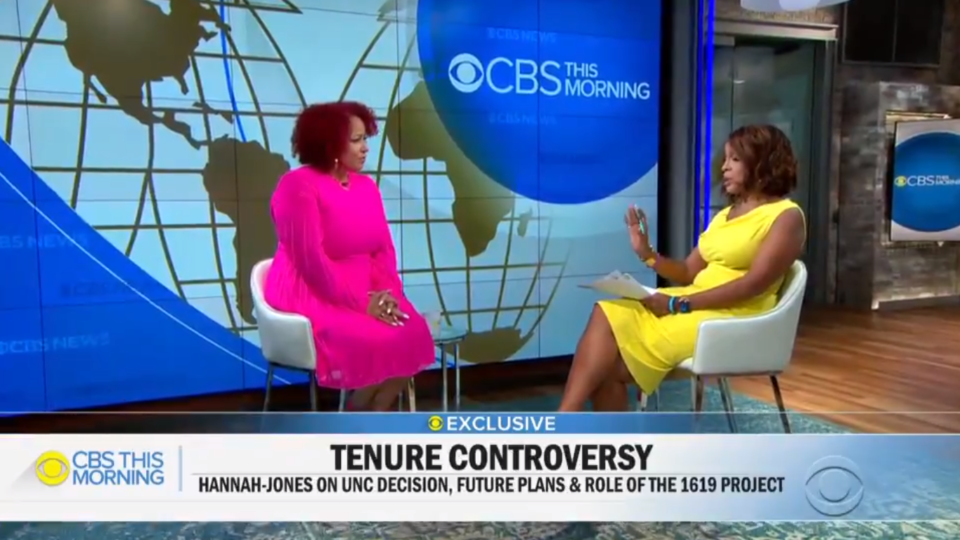 Award winning Journalist Nikole Hannah-Jones has announced she turned down the tenured position at the University of North Carolina (UNC) and accepted a faculty role at Howard University.

Hannah-Jones made the announcement on CBS This Morning during an interview with Gayle King. She will now become a tenured member of HBCU’s school of communications in the newly created position of Knight Chair in Race and Journalism. Hannah-Jones will also found the Center for Journalism and Democracy, which will focus on training students in investigative journalism according to a Howard release.

During the CBS interview, Hannah-Jones explained why she declined the tenured position at UNC after they eventually offered it to her.

“Well, because look what it took to get tenure,” Hannah-Jones told King. “This was a position that since the 1980s came with tenure. The Knight Chair’s are designed for professional journalists to come into academia and every other chair before me, who happened to be White, received that position with tenure. I went through the tenure process and I received the unanimous approval of the faculty. So to be denied it and have that vote occur on the last possible day, at the last possible moment, after threat of legal action, after weeks of protest, after it became a national scandal, it’s just not something I want anymore.”

In May, the Pulitzer Prize winner was offered a position at UNC, but her tenure was denied. It was later discovered the school’s top donor Walter Hussman, reached out to at least one Board of Trustees member, a few senior administrators, and at least one other donor to express his opposition to Hannah-Jones coming on board due to her contribution to the New York Times’ 1619 Project.

That led to a protest and a petition from alumni, students and faculty with Hannah-Jones saying she would not take the position unless it came with tenure. On June 30, UNC announced it granted Hannah-Jones tenure.

In addition to Hannah-Jones, Howard University has also brought on alum Ta-Nehisi Coates to be a faculty member in Howard’s College of Arts and Sciences.

Howard University President Wayne A. I. Frederick, M.D., said the university is excited to bring the two on as faculty.

“It is my pleasure to welcome to Howard two of today’s most respected and influential journalists,” Frederick said in a statement. “At such a critical time for race relations in our country, it is vital that we understand the role of journalism in steering our national conversation and social progress. Not only must our newsrooms reflect the communities where they are reporting, but we need to infuse the profession with diverse talent. We are thrilled that they will bring their insights and research to what is already a world-class, highly accomplished team of professors.”