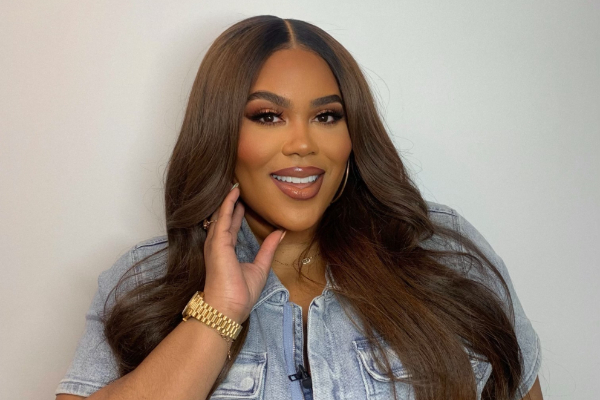 Nina Parker, co-host of E!’s Nightly Pop and fashion designer, appeared on Hip Hop & Enterprise to dish on her new Netflix show Buy My House and how she juggles a full-time career in television and managing the Nina Parker Collection at Macy’s.

The E! News correspondent can be seen on E!’s Daily Pop, E! News, and Live from the Red Carpet. Parker began her career working at a local NBC news affiliate in San Francisco before moving to Los Angeles where she assisted with the growth of TMZ, serving as talent, producer, and weekend manager of the website turned television show.

As an entertainment correspondent, Parker has appeared on CBS The Insider and as the host of the reunion shows for VH1’s top-rated franchise, Love and Hip Hop. Parker has made numerous television appearances as a pop culture expert on popular shows such as The Wendy Williams Show, The Talk, and as a contributor and fill-in host for Access Live on NBC.

Her work onscreen has always been in the cards for Parker who can remember the early days when she felt her opinions weren’t appreciated.

“I really wanted to make sure that I was saying things of substance these days,” she continued. “If you don’t have anything to say, it’s hard to get a job in TV because people don’t want to just have somebody who’s like, ‘Look at the pretty colors,’ they want to have somebody who really has something to say.”

Throughout her career, she has hosted numerous celebrities including Zendaya, Beyonce and many more before embarking on business ownership with her fashion collection housed at Macy’s.

In May 2021, Parker launched the Nina Parker Collection making her the first Black woman-owned brand to design a plus-size line exclusively for Macy’s.

Between working as a correspondent and designing her fashion pieces, Parker is a booked and busy woman who is just now making time for her first vacation in years.

“This is the thing. You dream about things, and then you get them. And it’s like, you have to work hard to keep up,” Parker said. “I’m working a lot. I’m not an advocate of this, but I haven’t had a vacation in years.”

Press play to hear more about Nina Parker’s journey as a correspondent and fashion designer and learn more about her new home design series coming to Netflix.