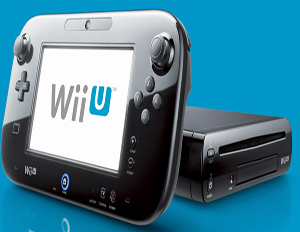 Just a few years ago, the Wii was the hottest game console on the market and the video game industry was thriving. However, now that people have the iPhone and the iPad, among other mobile devices to hold their attention, the gaming industry has taken a bit of back seat when it comes to launching must-have video game consoles.

Five years ago video games sales for the entire industry hovered around $1.1 billion, but as of last month they were at $755 million, according to research firm NPD Group. But the three major developers are clamoring to get sales back up with Microsoft continuing to tweak the XBox 360; Sony investing in its new Playstation Vita; and Nintendo introducing the Wii U this holiday season.

Wii U, which hit shelves on Sunday, aims to appeal to both light mobile gamers and more avid console gamers, ages 5 to 95, said Reggie Fils-Aime, president of Nintendo of America. The video game market has evolved since the Wii debuted in 2006 and beat out Playstation 3 and Xbox 360. With the success of the iPad and a plethora of tablets, Wii U’s Game Pad will have a touch screen tablet and console controller.Â  The Game Pad can be used as a remote control for the upcoming TVii or used as a game controller for games like Madden NFL, the new Super Mario Brothers and games yet to be released. The Wii U, which starts at $300, has a 6.2-inch touch screen and two small joysticks, as well as a directional pad and four alphabetical buttons.

This will be the first major game console to launch in years and GameStop Corp. has reported more advance orders for the Wii U than the original Wii. These advance orders sold out and 500,000 people are now on a wait list for the new system.Â  It’s important to note that the crowded consumer electronics space has likely contributed to Nintendo’s expectations for the Wii U and the company aims to sell 56.7 million units within four years, in comparison to the 79 million units the Wii sold.

Consumers’ response to the Wii U will predict the future of Nintendo’s new console and determine if the design and marketing strategy behind it was a success.