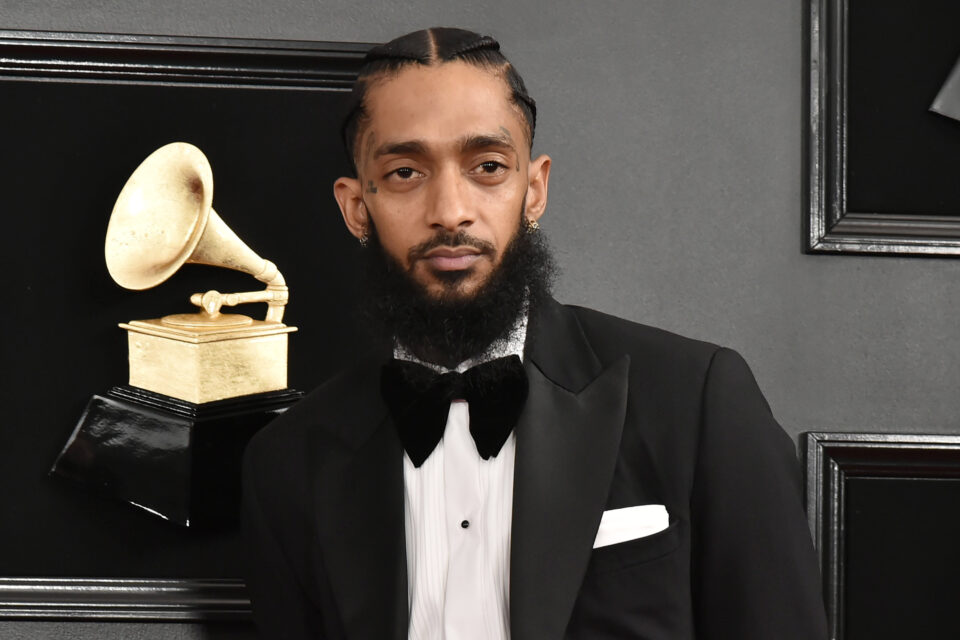 BLACK ENTERPRISE reported last summer that late rapper and entrepreneur Nipsey Hussle was one of 38 people who will be honored with a star on the Hollywood Walk of Fame. It was announced this week that he would receive his placing on Monday, Aug. 15, on his birthday.

Nipsey will be honored with a Star on the Hollywood Walk of Fame on his 37th birthday, August 15th 🏁#TMC pic.twitter.com/XFJsPehlWw

The independent rapper who “hussled” his way to fame from starting his own record label to becoming signed to Atlantic Records while building on his entrepreneurial spirit will be honored posthumously with the 2,729th star on the Hollywood Walk of Fame. He earned his place at 6212 Hollywood Boulevard in the category of Recording.

“Nipsy Hussle was more than just a creative genius, he was committed to helping his community through savvy business moves and charitable contributions. We’re honored to unveil his star on what would have been his 37th birthday,” Ana Martinez, producer of the Hollywood Walk of Fame, said in a written statement.

The ceremony will occur at 6212 Hollywood Boulevard in front of Amoeba Music on Monday, Aug. 15, 2022, at 11:30 AM PT. The event will be streamed live exclusively at www.walkoffame.com.

Slated as guest speakers for the commemoration are his girlfriend Lauren London, Samantha Smith, and Margaret Boutte, who is representing his family.

The 33-year-old Hussle was killed in front of his Marathon Clothing store in the Hyde Park neighborhood of Los Angeles. A petition was started to rename the intersection of Slauson Avenue and Crenshaw Boulevard near Hussle’s store to “Nipsey Hussle Square.” On the day of his funeral, the City Council announced it would be renamed Ermias “Nipsey Hussle” Asghedom Square to honor him and his contributions to the neighborhood.

The rapper left behind his longtime partner, actor Lauren London, who shares a 5 years old son with him. He also had a daughter from a previous relationship who is now 13.