No. 38: Ernesta Procope, The First Lady of Wall Street 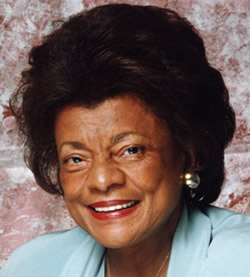 Ernesta Procope is the founder and former CEO of E.G. Bowman Co. Inc., the first and largest minority-owned insurance brokerage firm in New York’s financial district. Her influence also extended throughout corporate America through board directorships with Avon Products and the Chubb Group. She is a recipient of the Black Enterprise Women Of Power Legacy Award.