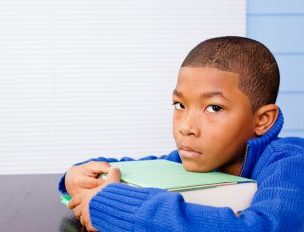 My friend Lourdes hated her job so much that she would pray to be hit by a car so she wouldn’t have to go to work. You might think she performed hard, physical labor, or perhaps worked with sadistic people.

In fact, she worked with 5-year-olds in a charter school network. But she hated how she had to control the pupils’ movements. They had to sit with their hands folded on their desks and track her every moment with their eyes. Recess was limited for these young kids, who developmentally need to move around–and withholding it was a frequent punishment.

So I was heartened to hear about at least one charter school network that is moving away from the rigid “no excusesâ€ model that seems to require compliance over learning, questioning, and critical thinking.

Here’s an excerpt from The New York Times about how Ascend is retraining its teachers and getting good results:

Four years ago, while reporting on the difficulties of life in Brownsville, Brooklyn, one of the poorest neighborhoods in New York, I met a school administrator named Marsha Gadsden who worked for the Ascend Public Charter Schools network. Gadsden had grown up not far away, attended prep school on a scholarship and later went to Georgetown and Harvard, and she told me she worried about the unforgiving disciplinary codes used by her employer and so many urban charter schools around the country.

Despite a culture that emphasized aspiration – pennants from Stanford, Vanderbilt and Louisiana State lined the walls at Ascend – opportunities for failure abounded. The schools held to a “no excusesâ€ philosophy, the notion that poor children are best taught in highly regulated environments. A child could accrue demerits and suspensions for a wide range of infractions; there were strict protocols for speaking and walking in the hallways. What if you were so excited by a discussion of Animal Farm in your English class that you wanted to continue talking about it on your way to science? You couldn’t, because certain transition periods demanded silence.

A 6-year-old could be dinged for failing to wear a part of her school uniform or arriving late, mishaps that are nearly always the fault of a harried parent who has misplaced the keys or forgotten about the laundry. White, privileged children are, for the most part, groomed for self-expression, and Gadsden feared that a generation of poor black children would be shaped for something different: a reflexive compliance that would leave them unable to question authority.

This ‘Queen Boss’ Reigns in the Beauty Box Biz