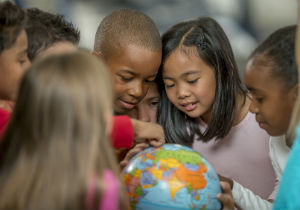 I’m not against school discipline.

A high school rule that’s gone viral on Facebook makes sense to me. You forgot your lunch? Instrument? Something else? Don’t rely on Mom or Dad to drop it off. Instead, learn how to problem-solve–that’s great advice that the Catholic High School for Boys espouses. Its motto is to turn boys into men.

But no-excuses schools–usually charter schools that serve children who areÂ black or brown and low income–follow a strict discipline policy that has increasingly grabbed headlines and raised questions about harshness–even racism.

According to Chalkbeat, in spite of their controversial discipline approach, such schools are the only ones that consistently produce high academic results for poor students and students of color.

But are the academic gains worth the price?

In an excellent post that presents three arguments both for and against the strict, no-excuses approach, Elizabeth Green, CEO of Chalkbeat, also includes her own opinion, which is that the approach needs to change.

My friend Lourdes taught five-year-olds in a no-excuses school. The children had to sit at attention at their desks with their hands folded. They had to follow her with their eyes–called “trackingâ€–at all times. The only time the kids could move around was during recess–but withholding recess was a typical punishment–which means on those days the kids didn’t move around much all day.

Lourdes hated her job. She hated the militaristic precision with which she had to manage her class. She got to the point of wanting to be hit by a car, just so she could legitimately not go to work.

I fully embrace academic excellence and would love to know of a “silver bulletâ€ that works to help poor children of color make real academic gains.

But no-excuses charter schools raise many questions, particularly since they are educating mostly students of color.

What do you think? Do your children attend a strict, no-excuses school, and are they thriving?