No Minneapolis Police Officers Charged for the Killing of Amir Locke 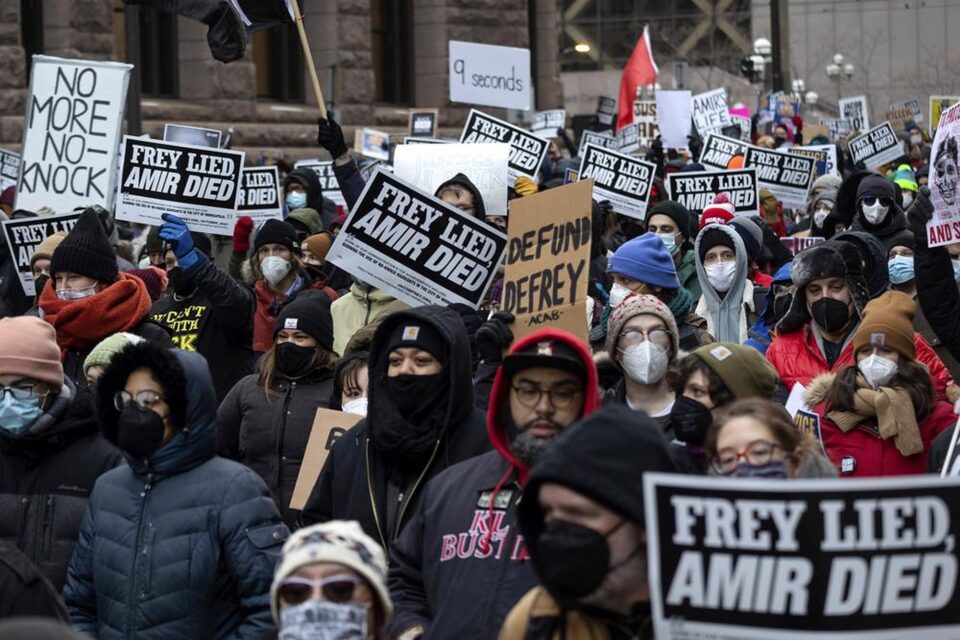 Two months after the shooting death of 22-year-old Amir Locke by Minneapolis police, no criminal charges will be filed against the officers responsible, prosecutors announced Wednesday.

According to Minnesota Attorney General Keith Ellison and Hennepin County Attorney Mike Freeman, prosecutors “would be unable to disprove beyond a reasonable doubt any of the elements of Minnesota’s use-of-deadly-force statute that authorizes the use of force,” citing, “insufficient admissible evidence to file criminal charges,” reports KSTP.

The Minnesota Bureau of Criminal Apprehension had just passed along the case to Hennepin County Attorney’s Office for a charging decision only a week before.

Locke was fatally shot in the early hours of Feb. 2 under a no-knock search warrant executed by the Minneapolis Police Department SWAT team, signed by the same judge presiding over the Derek Chauvin trial, Peter Cahill. The no-knock search warrant did not even contain Locke’s name. The officials entered Locke’s family member’s apartment with a key while he was asleep and wrapped in blankets on the couch.

Upon being woken up to an officer kicking the couch, blinding lights, and a whole gang of people coming at him, Locke reached for his weapon while having it aimed at the floor with his finger off the trigger.

Body cam footage reveals that within those nine seconds of entering the home, officer Mark Hanneman fires at least three lethal shots from off camera.

While the Hennepin County Attorney’s Office and Minnesota Attorney General’s Office refused to file charges, they said in a joint statement that Locke “should be alive today, and his death is a tragedy.”

According to a written statement from Hanneman, he feared for his life and said Locke put the heavily armed SWAT team at risk of death. “There was no opportunity for me to reposition myself or retreat. There was no way for me to de-escalate this situation. The threat to my life and the lives of my teammates was imminent and terrifying.”

Minneapolis Mayor Jacob Frey shared, “I respect the decision made by Attorney General Keith Ellison and Hennepin County Attorney Mike Freeman. The loss of Amir Locke is felt most by his friends and family who are grieving their loved one. Today, my heart is with them as they process this news.”