The Tech 100: No, Obama is Not Giving Away the Internet through ICANN 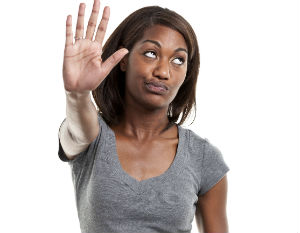 In an election season best described as risible, there is a faction of the electorate, and some political leaders, attempting to make something political which is not political at all–the transfer of ICANN from the United States’ stewardship to that of the global community.

These frenzied, delusional voices makeÂ the accusation that this transfer is President Obama’s diabolical plot to give away the internet and wrest internet freedom away from citizens.

I can’t be polite enough to merely claim their thinking is wrong. It’s stupid.

Repeat After Me, ICANN Does Not Handle Internet Content

First, a few definitions and background: ICANN (Internet Corporation for Assigned Names and Numbers) is the organization responsible for maintaining, assigning, and managing IP addresses that resolve to internet hostnames.

These addresses allow you to typeÂ www.blackenterprise.com into a web browser and land on the correct website–somewhat like air traffic control for the internet.

The internet’s inception was in the U.S. military. As it grew, ICANN was formed to help the increasingly daunting task of managing IP addresses and internet names. Because the internet’s beginnings were in the U.S., America took ownership of ICANN under the helm of the Department of Commerce.

In the name of global equity, in 2015 the United States government announced it would relinquish control of ICANN and instead allow it to be managed by an independent committee made up of several countries.

This has been the goal for years–for ICANN to be managed by an independent body and not a single nation.Â The contract for the U.S. to oversee ICANN ended Sept. 30 at 11:59 PM.

Of course, in this heated political climate, wingnuts with an agenda and with very little knowledge about the workings of the internet have chimed in with their very uninformed opinions to whine that the transfer of ICANN will spell the end of the free internet.

ICANN has zero to do with internet content or firewalls that may be used to block access to content. In fact, China and other totalitarian nations have been successful in cutting off parts of the internet from their citizens, even with the U.S. guarding ICANN.

ICANN even debunked this outcry from Cruz and his like-minded cohorts. As CNET reported; “ICANN is a technical organization and does not have the remit or ability to regulate content on the internet,” stated the organization.

I asked an expert on internet matters. Ray McKenzie is the founder and principal of Red Beach Advisors, a minority-owned management and business consultant group. He has worked with domain TLD registry companies Neustar, Verisign, and UltraDNS and is well-versed on internet technology.

“The internet is not only a tool used by the United States but is used universally by everyone throughout the world,â€ says McKenzie in an emailed statement to me.

“ICANN is a global entity with meetings and relationships in every country and performance of the internet will not suffer. The transition of duties does not mean that control has been lost or is open for more vulnerabilities.Â  It simply means that other countries now have the ability to provide oversight and support of the internet.â€

“The loss of control has some panicking, however, this has been an item being discussed for decades.”

And if that isn’t enough to convince you, how about the take of the man who is deemed “the father of the internetâ€? Vint Cerf was chairman of the board of ICANN from 2000-2007 and is credited as an internet pioneer.

The U.S. isn’t giving away its authority. And evil superpowers aren’t taking over in response,” said Cerf.

“The purity of your internet experience will remain the same. The only thing that’s changing is that we are achieving an even more democratic framework so that the internet can remain free and open,” he said.

It’s a shame that some would spread falsehood just to advance their pet causes or defame a politician they happen to not care for. To those people: Just stop.

Now, more than ever, it’s important to research and do one’s homework on issues that some would demand you fret and freak out about when there is no call for that sort of reaction at all.

The Tech 100 is a column that looks at race, religion, sex, politics, and business in terms of technology, because they are all connected somehow.