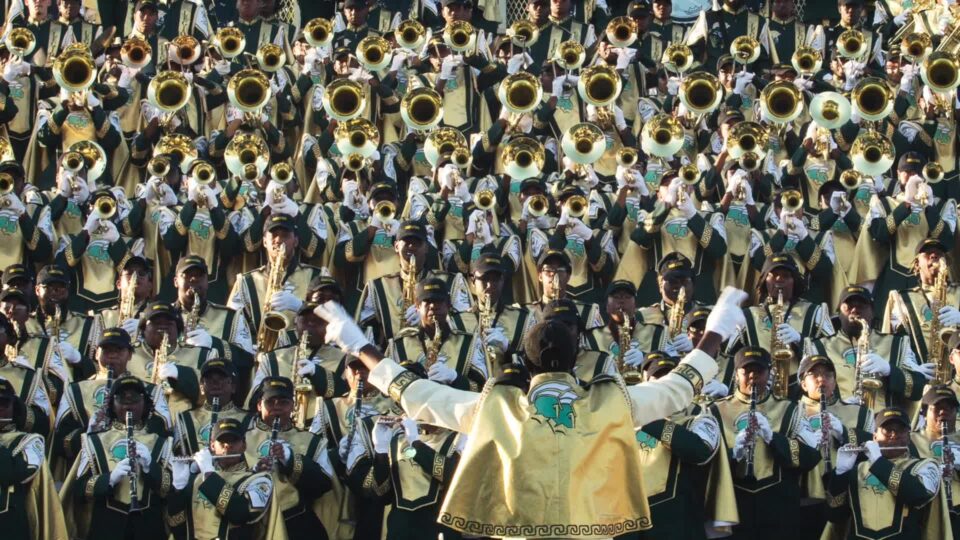 The Undefeated has released its rankings for the HBCUs with the best bands. The media outlet announced the top bands in Divisions I and II.

“Norfolk State ends the football season as the BEST D1 HBCU BAND in the land 🔰.”

“Kentucky State sits on top of the DII band throne to close out the 🏈 season.”

The rankings were made based on the assessment of two six-person panels of current and retired band directors and historically Black college and university choreographers. The panels evaluated the bands on the following criteria: musicality; pictures, drill and design; percussion; auxiliaries; and drum majors. They also critiqued the bands’ routines and then provided feedback to the university programs.

Norfolk State University’s Band Director, Professor William Beathea, said in a written statement, “Thank you, ESPN and the Undefeated adjudicators for this terrific honor and acknowledgment. In addition, a big thank you to the NSU administration, staff, alumni, family, and friends for their unwavering support. Here at NSU, we challenge the students in musicianship, physical training, and drill execution. We are very proud of their development thus far and willingness to continue to improve. Moreover, the standard of performance by our peers in the HBCU band world is very high, and it helps push us to thrive for performance excellence.”