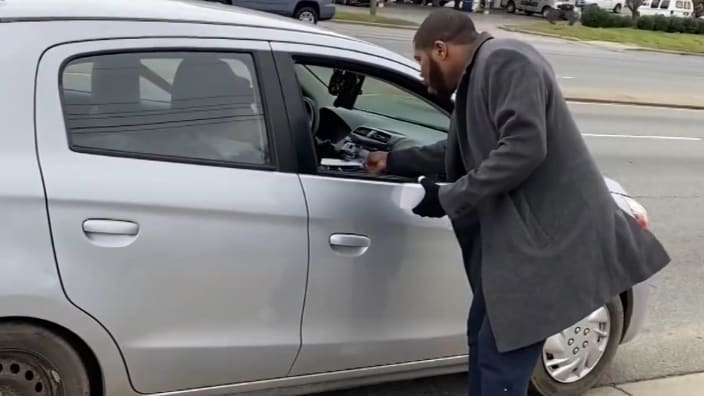 With gas prices nationwide approaching an all-time high last week, a pastor from Charlotte, North Carolina, wanted to alleviate some of the financial burdens families face.

As Spectrum News 1 reported, Pastor Brian Carn of Kingdom City Church hosted a “Gas on God” event last weekend, gifting $10,000 worth of free gas to more than 300 drivers on the west side of Charlotte.

He said running out of gas is a feeling no one wants to have, especially when children are involved. So he wanted to offer blessings to the community.

“Whenever people have to make a choice between gas and children going to school or eating, it’s a real tragedy,” he said.

According to the American Automobile Association, the current average cost of gas prices in North Carolina is $4.139. Gas prices continue to soar due to post-pandemic inflation and the effects of Russia’s attack on Ukraine after the Biden administration banned Russian oil and other fuel imports to the United States.

JPMorgan estimated more than 4 million barrels per day of Russian oil had been effectively sidelined. As per CNN, investors are essentially pricing oil at a higher price as if Russia’s supply isn’t available at all.

“We got to get out here. People are hurting. People have situations,” Carn told WCNC. “One man literally pushed his car up here, was out of gas. Another lady came and said, ‘I don’t need gas, but I need prayer.’”

Founded in September 2016, Pastor Carn has overseen the expansion of Kingdom City Church into three total campuses in Charlotte, Jacksonville, Florida, and Houston.

The collective also distributed grocery gift cards and delivered drive-up prayers and encouragement for those in need at the event. Volunteers kept drivers motivated and positive, while some waited for hours to fill up their tanks.