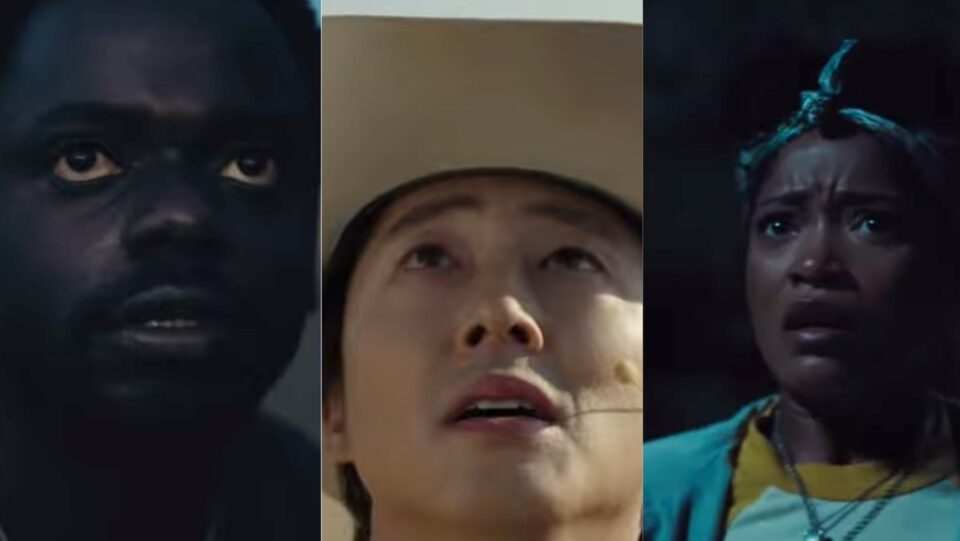 After Jordan Peele posted the official promotional poster for Nope on Twitter last July, fans have been buzzing with theories about what this eerie new film could be about. A trailer for the highly-anticipated new horror epic has been released, and is more confusing than ever.

British fave Daniel Kaluuya is back on the big screen with Peele, following the success of the 2017 box office smash Get Out, as previously reported. Kaluuya will star alongside Keke Palmer and South Korean actor Steven Yeun, who has won the hearts of horror aficionados after his performance in The Walking Dead.

The two-minute trailer starts off with Palmer’s character proudly describing that the first motion picture was a two-second clip of a Black man on a horse, her great-great-great grandfather, to what looks like a movie crew set. The only other hint we get as to any context of the film is when she goes on to say, “Back at the Haywood Ranch, is the only Black-owned horse trainers in Hollywood.”

From there, the desert terrain turns grim after a dark and mysterious cloud settles above the ranch, which can only be explained as not of this world. With an unsettling music score just as Get Out and Us have made us jump out our seats, Nope brings everyone’s attention to the skies, looking in horror as whatever entity has plagued their small town.

According to Rolling Stone, Universal Pictures reveals that the star-studded cast are “residents in a lonely gulch of inland California who bear witness to an uncanny and chilling discovery,” adding that Peele, “reimagines the summer movie with a new pop nightmare.”

With an equally unsettling landscape of inflatable tube men dancing in the wind across the barren ranch area, the trailer ends with Palmer being flung or sucked up into the sky, leaving us with more questions than ever.