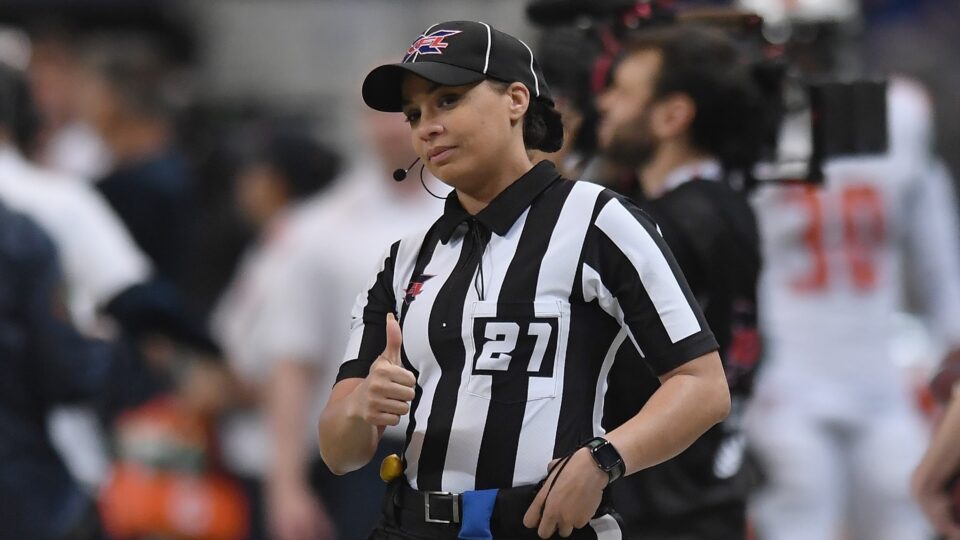 NFL fans witnessed history this weekend, as the organization hired its first Black woman to officiate a game.

Maia Chaka made her debut Sunday as an NFL game official.  She went on Twitter to celebrate.

“This historic moment to me is an honor and it’s a privilege that I’ve been chosen to represent women and women of color in the most popular sport in America,” said Chaka in a video tweeted by the NFL.

Chaka joins the ranks of only a couple officials in the NFL. There has only been two other on-field female referees—Sarah Thomas–the first permanent female game official, and Shannon Eastin was the first woman to officiate an NFL game ever.

Chaka was promoted to the position after previously working with the Pac-12, Conference USA and the XFL.

The NFL selected Chaka for the officiating development program back in 2014. She was hired for the NFL official position in March 2021.

Chaka not only works for the NFL, but is a health and physical education teacher for students with unique needs at Renaissance Academy in Charlottesville Virginia.

Her school also offered congratulations to Chaka while speaking to USA Today.

“We have a saying here, that ‘Great dreams need great teachers,’ ” said Dr. Aaron Spence, the superintendent of Virginia Beach City Public Schools. “She exemplifies that and is, quite frankly, a role model for so many people. For our young women who we hope can see what she has been able to accomplish because of her commitment to her career both as a teach and in athletics, to our African-American students — she’s an inspiration. We’re just so very proud of her.”

Chaka’s hiring comes after the NFL continues to face criticism for its poor history when dealing with race relations, racial bias and its inability to make amends with Black players.