Nurse Alice: The Noise that Helps You Sleep Better 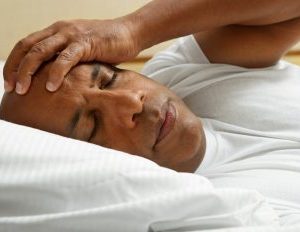 You’ve heard that white noise can help you fall asleep faster and snooze sounder. The National Sleep Foundation recommends it for people who have trouble sleeping. But according to science, pink noise may be the new white noise.

Pink noise is a mix of high and low frequencies that sounds more balanced and natural than white noise. Examples of this include rain falling on pavement or wind rustling the leaves on a tree. It’s called pink noise because light with a similar power spectrum would appear pink.

And according to new research published in Frontiers in Human Neuroscience, pink noise just might be the secret to better sleep and improved memory.

In the small recent study, Northwestern University researchers invited adults to spend some time in a sleep lab. Both nights, the participants took a memory test, went to bed wearing headphones and an electrode cap, and retook the memory test when they woke up.

One of the nights no noise played through the participants’ headphones. On the other night, however, pink noise was played in short bursts. These spurts were timed to match the slow, deep-sleep waves emitted by the participants’ brains and detected by their electrode caps.

When participants slept with pink noise playing, their slow-wave sleep oscillations increased, meaning they experienced more periods of deeper sleep. After a night with pink noise, participants also performed up to three times better on the morning-after memory test than they did after sleeping in silence.

These new findings back those from previous studies, which similarly found that pink noise increased slow-wave sleep oscillations and improved memory.
Try PINK NOISE…. You have nothing to lose and only sleep to gain.

Nurse AliceÂ is a nationally board-certified and award-winning cardiac clinical nurse specialist with nearly two decades of experience in cardiovascular health. She is a community health activist and freelance media health expert. She has appeared on various national radio and TV shows including Dr. Oz, The Doctors, Dr. Drew, News One with Roland Martin, Tom Joyner Morning Show and more. She is also the author of “Curb Your Cravings: 31 Foods to Fool Your Appetite.â€