NYPD Officer Breaks Rules, Records Lieutenant Yelling At Him for Being Late 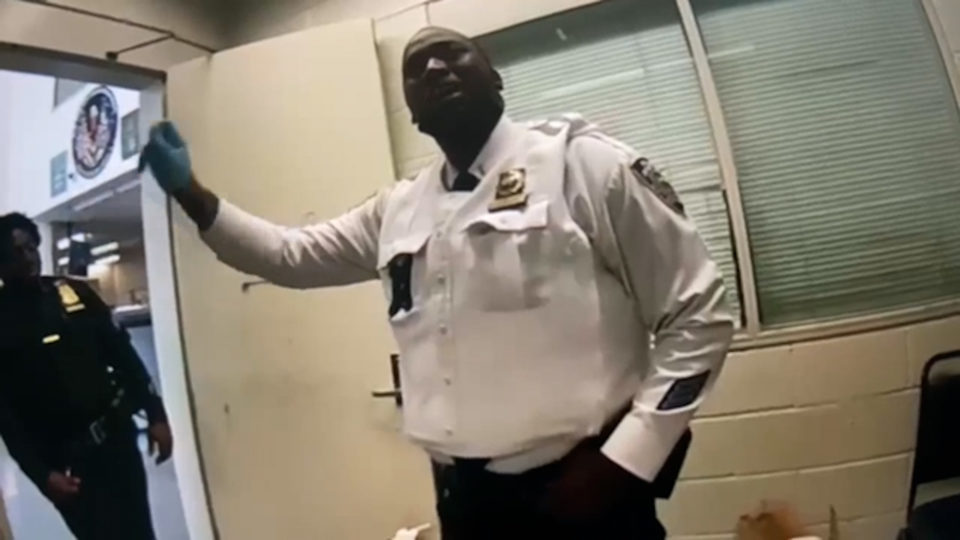 A member of the NYPD just singlehandedly changed how police can use their body cameras after he flipped the switch to capture his lieutenant berating him for being late to work.

A 28-year-old White police officer, Christopher Schroeck, dared to turn on his body camera and record Lieutenant Jeffery Gurley, a Black man, who was yelling at him on May 31, The New York Daily News reported. Gurley was reportedly upset that Schroeck showed up late to the Public Service Area 4 stationhouse where officers patrol housing projects in lower Manhattan.

During the exchange, Gurley can be seen gesturing and pointing and Schroeck and imitating his walk. He reportedly shoved Schroeck before the camera was turned on, Tribune News Service reported. An anonymous source confirmed that Gurley had mocked Schroeck’s walk and compared it to that of the cartoon character Shrek. Though the video is silent, viewers can see Gurley making motions.

“Guess what — now you’re getting a CD [command discipline citation] for recording when you’re not supposed to be recording,” Gurley told Schroeck. “That’s what you’re going to get a CD for. I hope that’s on camera.”

By filming Gurley, Schroeck broke the NYPD’s Patrol Guide banning police from turning on their body cameras in non-enforcement situations or to film routine activities in department facilities. But employment discrimination lawyer Douglas Wigdor argues that Schroeck had good reason to activate his bodycam considering how Gurley was yelling at him.

“If we accept that the officer felt threatened, that could overcome the prohibition,” said Wigdor.

Gurley and a sergeant named Lachard disciplined Schroeck by giving him command disciplines for discourtesy, being off-post, and not signing the patrol log, said sources. When asked for further comments, Gurley directed reporters to the NYPD press office where a spokesperson said the incident is under review, according to The Daily News.