Board Recommends Discipline For NYPD Officers Due To BLM Protests 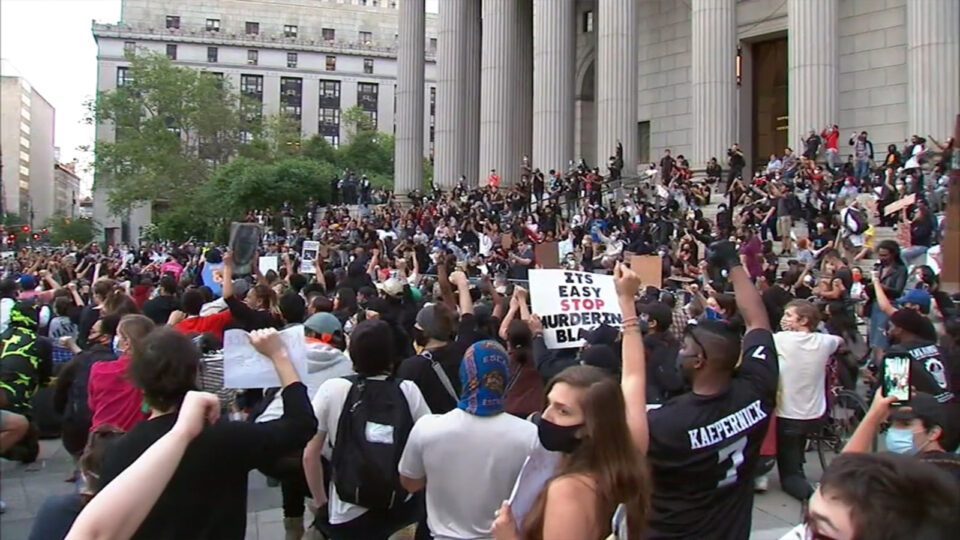 The board released new data Monday on 313 complaints made against NYPD officers from the BLM protests. According to ABC News, the board completed 127 full investigations and found 42 substantiated complaints of misconduct containing 91 allegations against 65 officers. The board recommended the highest level of discipline for 37 officers.

Each officer will go through an administrative trial and if found guilty could lose vacation days, face suspension or termination.

“After fully investigating over a hundred cases, the CCRB continues its commitment to investigating, and when necessary, prosecuting the officers responsible for committing misconduct against New Yorkers during last year’s Black Lives Matter protests,” CCRB Chair Fred Davie told ABC. “The APU is prepared to move forward with trials for the 37 officers who have received the highest level of disciplinary recommendations, as soon as the NYPD serves officers.”

The board recommended discipline for the other 28 officers. Most likely, they will be subjected to additional training or a loss of vacation days. 34% of the complaints could not be investigated because officers could not be identified.

“I’m not happy to see even a single officer potentially having done the wrong thing, but it is a force of 35,000 want to put that in perspective, and I think de-escalation training has worked. I think implicit bias training has worked, but I think we have to do more”

Police Benevolent Association President Pat Lynch released a statement Monday blasting Mayor de Blasio for his words and his absence of direction during the protests.

“Once again, CCRB is carrying political water for Mayor de Blasio and others who are trying to wash away their own failures during last summer’s protests,” Lynch said. “Police officers were sent out with no plan, no strategy and no support, into a dangerous environment created by politicians’ irresponsible rhetoric. As a result, dozens of cops were injured, and now dozens more are being made into scapegoats.”