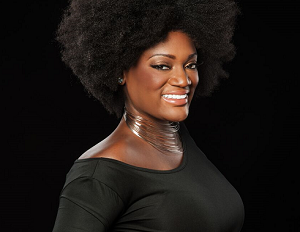 While the NBA is male-dominated both on the court and in the boardroom, Atlanta Hawks Chief Diversity and Inclusion Officer, Nzinga Shaw, is working to change that dynamic.

Serving as the league’s first-ever diversity chief, Shaw stepped into her role with the Hawks in December 2014. In this role, the Spelman College alum is responsible for creating an inclusive culture across all business units for both the Hawks and Philips Arena as it relates to employee engagement, fan engagement, and strategic partnerships.

Now, with more than a year under her belt as an executive with the Hawks, Shaw opens up to BlackEnterprise.com about her work with the NBA and the state of diversity today for women and people of color in sports.

BlackEnterprise.com: What are the responsibilities of your current role as chief diversity and inclusion officer for the Atlanta Hawks?

Shaw: I’m responsible for diversity and inclusion across all of our business units for the Atlanta Hawks and Phillips Arena organization. What that entails is cultivating an environment in which we have equity in all programmatic activities across the board as it relates to our internal engagement, external engagement, and our strategic partnerships. When I think about internal engagement and the people we recruit in our organization, that means making sure we are looking for candidates to work at the Atlanta Hawks that come from a variety of demographics and who have had a multitude of experiences they can bring to the table. Then, once the talent gets in house, creating an environment so that they feel included and feel they can reach their maximum potential and really bring their whole self to the table.

Also, from a fans perspective, my job is really outwardly focused and really takes into account all of the activities that happen outside the arena during an NBA game experience and trying to cultivate and curate experiences that everybody can relate to.

How does working as a diversity executive in sports differ from working in the diversity space at other companies?

I can tell you that my experience at the Atlanta Hawks is extremely positive. I’ve been very well embraced by not only my executive committee members but the employee population, fans, and people who are stakeholders in the city of Atlanta. A huge amount of the work is being cultivated by our diversity and inclusion council, which I created. Half of the council members are full-time employees of the Atlanta Hawks and Phillips Arena organization, but the other half are stakeholders in the city of Atlanta who happen to show up differently in many ways. We have some people in academics, some clergy, some city council people, entrepreneurs, ex-professional athletes, and we even have childhood television star Keshia Knight Pulliam. So I can certainly say the difference from my experience at the Hawks is there is a multitude of people embracing this work.

How would you describe the state of diversity in sports today as it pertains to career opportunities for women and people of color?

I can definitely tell you that opportunities for women and people of color today are a lot better than what they were 10 years ago when I started in the industry. But at the end of the day, these organizations are still largely run by Caucasian men and if you happen to be a woman and/or person of color you have to really differentiate yourself and network and make connections that are of the higher expectation of your white counterparts or male counterparts.

FacebookTwitterYoutube
← Star Jones Talks Winning in Your Career ← Can Tennis Star Maria Sharapova Bounce Back From A Failed Drug Test?
×