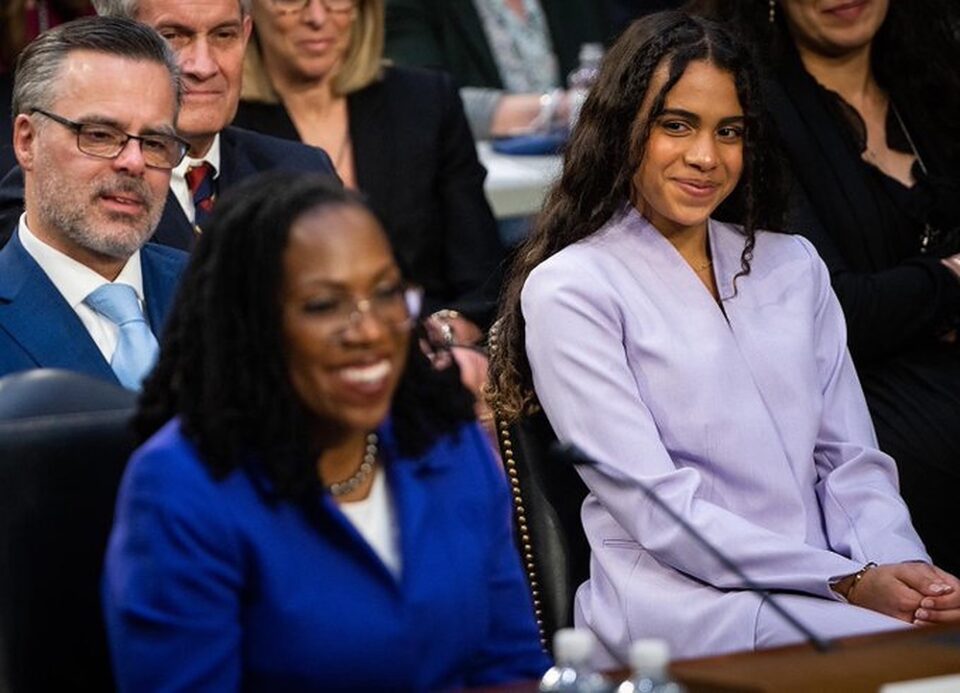 A photograph that has since gone viral following the historic addition of Supreme Court nominee Judge Ketanji Brown Jackson’s confirmation hearings, was taken by none other than a Black woman from Oakland, CA.

Photojournalist Sarahbeth Maney, 26, captured the now-famous image of the judge and her family, but its most captivating element is the gaze of admiration Jackson’s 17-year-old daughter, Leila, bestows upon her mom.

“When I saw [Leila’s] face, she gave this expression that really translated just how much she admired her mother,” Maney shared with the San Francisco Chronicle. “I think it was nice to see the daughter’s face in the background, but have her in focus because it’s very specific to her experience and what she was feeling as a young Black woman.”

Jackson sits blurred with a gleaming smile right in front of her husband Patrick and Leila, whose expressions are focused in the image. The moving glance that Maney immortalized resonated with many people, social media erupting with inspirational posts of the image to the celebration of Black excellence, to discourse about how ridiculous it is that in the 21st century this country is still having “firsts.”

Being the first often means you have to be the best — and the bravest. 📸 @sbmaneyphoto for @nytimes pic.twitter.com/DSZiawlnDd

More often than not, Maney is the only Black photographer in the press pool, something many Black women and men can relate to. In a single shot, the Oakland-native is able to capture such an intimate moment that can literally be for the history books.

One admirer of the shot on Twitter commented to Maney, “Thank you for capturing this moment. Black joy shouldn’t be revolutionary but the proud, reserved smile captured in the photo elevates the counter story for so many: Even in spite of triggering racism towards black women, they can never steal our joy.”

In her own account of the experience, Maney revealed, “[Leila’s] look also reveals a glimmer of hope for her own future. I understood this and snapped the photo, feeling as if I caught the power of that look… Being in that room, I understood a little of what Judge Jackson was going through. I know what it takes to make a place for myself in spaces that were not designed for me.”