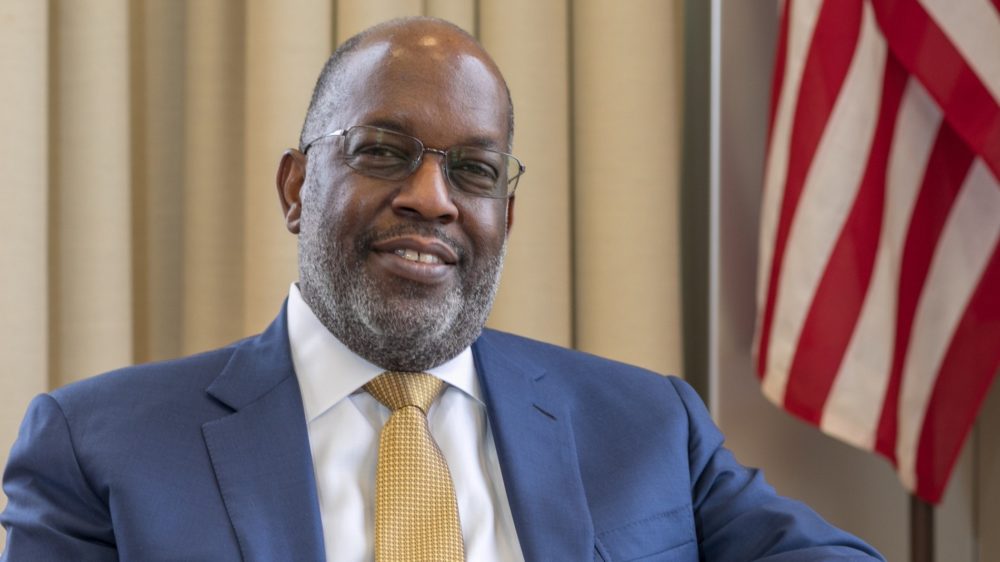 “Don’t ask permission to help improve the lives of the people and communities you’ve pledged to serve. Instead, march through the doors of red tape, make bold moves, and usher in access for your communities to be served.” — Bernard Tyson, 1959–2019

If the measure of a man can be taken by the outpouring of genuine sorrow and respect once he is gone, then the late CEO of Kaiser Permanente, Bernard J. Tyson, was without question among the rarest of revered corporate leaders.

On Sunday morning, Tyson’s flag-draped casket was placed in the center of the palatial circular lobby of the Rotunda, one of the most impressive and distinctive spaces in the city of Oakland, as a steady stream of admirers filed past.

Some, like Raymond McGuire, Citi’s Global Head of Corporate and Investment Banking, had flown in from New York in time to pay his respects a day before Tyson’s invitation-only memorial service, which will take place this afternoon at none other than the new San Francisco home of the Oakland Warriors.

For McGuire, Tyson was more than a professional peer, he was a friend.

To others, he was a mentor and a boss. Asked what set Tyson apart as a leader, John Nelson, Kaiser’s vice president of communications, struggled to compose himself before answering. He spoke first of Tyson’s deep humanity, his sense of humor, and how “he loved to laugh and to make people laugh.”

But Nelson, who worked closely with Tyson for the last decade, went on to laud the CEO for his constancy in pressing the organization to live up to its mission, “and not just in a trite way,” Nelson pointed out, “in a real way. One of his broadest accomplishments is that it feels like public service to work at Kaiser Permanente.”

While Tyson was outspoken in his advocacy of making healthcare affordable, it was in part his affection for and commitment to the city of Oakland that led Kaiser to hold Sunday’s public viewing. It was an unprecedented gesture, and Nelson admits the team of about 20 volunteers wasn’t sure what to expect.

By Nelson’s estimate, about 2,000 people paid their respects, gently directed by a team of hostesses, all volunteers from Kaiser’s African American Professional Association, which Tyson helped launch several years ago.

Among the personal friends like McGuire, and colleagues like Nelson, were those who didn’t know Tyson. They only knew of him but were nonetheless moved to come to the Rotunda to pay their respects.

A local kid (Tyson hails from another Bay Area city, Vallejo) who began working at Kaiser as an intern while pursuing his M.B.A. at Golden Gate University, he became the model smart, young black male who could start at the bottom and make it to the top. The fact that he did so without losing himself or his ties to the black community is a primary aspect of what many say set him apart.

“My favorite thing about Bernard was his authenticity and how comfortable he was with himself and how down to earth he was,” said Dr. Linda Oubre, president of Whittier College. “He believed not only in climbing up the ladder of success but also made sure to pull up others with him. He was as comfortable giving a speech to corporate executives or playing Jay-Z at a business meeting.”

Oubre and her husband, Nate Oubre, a Kaiser executive, attended Harvard Business School with Tyson’s widow, Denise Bradley-Tyson, and have known him for almost 30 years. “Today’s repose was quintessential Bernard: warm, loving, calm, and respectful. It was beautiful to see so many people whose lives were touched by Bernard come together.”

Many of Kaiser’s 200,000 employees came. Some knew and worked with him during his more than 30-year career at the healthcare provider. Others only knew of him but, with heads bowed and in hushed tones, they expressed their appreciation for his work and their shock at his sudden death on Nov. 10.

Tyson, who knew he had a heart condition, died in his sleep mere hours after speaking at Afrotech, which he attended with his family.

Patricia J. Titus is a Los Angeles County Superior Court judge who attended Stanford University as an undergraduate with Bradley-Tyson. A second marriage for both, the Tysons recently celebrated their 10th anniversary.

“A lot of our peers from Stanford are Kaiser doctors,” Titus noted. “They’re devastated. You expect the family to be devastated, but the reaction of the staff has been unprecedented.”

Without question, she added, Tyson made an indelible impact not only on his peers in corporate America, healthcare, and the nonprofit world but also on average people—especially African Americans in California, where this native son is revered as much for being a hometown hero as a giant in business.

“Today’s ceremony was done with such excellence,” Titus said. “It was very befitting a man of his stature.

“It was important for me to be here,” she added, “and not just as a friend. He took his job seriously and he did so much good. It’s important to pay honor to whom honor is due.”