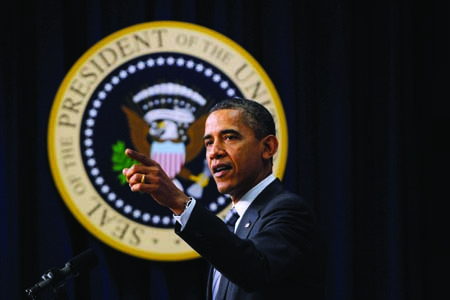 From the NY Daily News

Yesterday, which was the 6th of September, marked exactly two months until the elections conclusion. During his speech, the president highlighted plans he had for the future if he was elected for another 4 years. Plans that included an increase of exports and the creation of new manufacturing jobs, which would cut down on outsourcing and create new employment.

His speech also highlighted past accomplishments, such as tax cuts for middle class families and small businesses, the bailout of the auto industry, the passing of the national health care reform law (commonly called Obamacare), the ending of the war and the killing of the terrorist Osama Bin Laden.