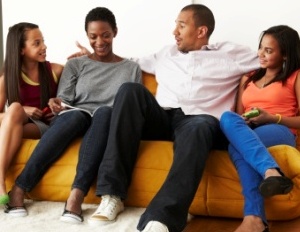 The Obama administration on Friday plans to announce executive actions to lift standards and increase transparency at the self-policing groups that accredit colleges.

These groups give their seal of approval to hundreds of colleges where students are more likely to drop out than graduate. The accreditation keeps billions of dollars in federal loans and other funds flowing to the institutions.

“Our administration firmly believes that institutions must be held accountable when they take student family and taxpayer dollars but fail to deliver a quality education,â€ said Education SecretaryÂ Arne Duncan.Â “As it stands today, where Congress has asked very little in terms of accountability accreditors have provided very little. For the most part, accreditation organizations are watchdogs that don’t bite.â€

Accreditors are private, not-for-profit organizations made up of member schools. Their stamp of approval is needed for an institution to gain access to the $150 billion in federal student loans, grants, and other aid distributed annually.

A Wall Street Journal investigation in June showed thatÂ colleges rarely lose accreditation once it is granted even if they have graduation rates in the single digits. It also found that accreditation groups often worked in secret.

The administration said it was moved to act in part by the failure earlier this year of the for-profit Corinthian Colleges Inc., which had been fully accredited despite facing numerous investigations by state and federal authorities.

The administration’s steps will include publishing each accreditor’s standards for judging student achievement. It also plans to publish online the letters accreditors send to colleges when they put a school on probation, as well as the graduation rates, loan-default rates, and salary of students 10 years after they enroll.

The Education Department has been hamstrung in imposing tougher regulations because of a 2008 law prohibiting the government from demanding accreditors to hold schools to specific student-achievement standards..