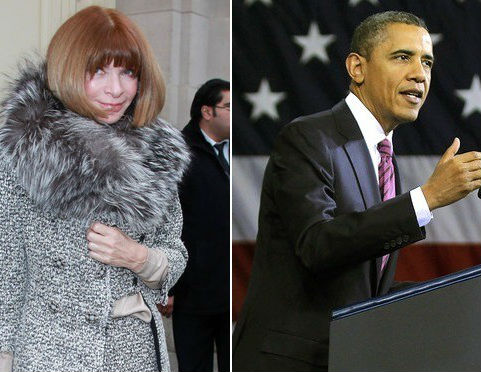 Fundraisers of various social circles in business, entertainment and education have bundled millions of dollars to President Barack Obama‘s election campaign. Dozens of bundlers and the amounts of cash they raised for Obama for America have been revealed in internal financial documents obtained by The New York Times.

Upwards of $100 million, from college professors, students to business executives, many have rallied on behalf of the Obama campaign through the gathering of campaign checks from friends and business associates. Of them are the more affluent of the bunch such as editor in chief of Vogue Magazine, Anna Wintour, who has bundled over $5 million since 2007 ($2.7 million of which came from this past year) and journalist and author Andrew Tobias, who mobilized $6.2 million. The list of bundlers did not include personal contributions.

It’s no secret that many Hollywood luminaries are enchanted by the president, having hosted overabundance of fundraising events. From Michael Jordan to Mariah Carey, and more recently Jay-Z and Beyonce, many of the entertainment industry’s brightest stars have thrown their support–and pay checks–to the Obama campaign–none of which, however, made the list.

What is most interesting, however, are the bundlers with seemingly modest occupational and professional backgrounds. Luke Miner, a student in London raised over $75,000 and a professor at Howard University, Jean Bailey, bundled nearly $520,000.