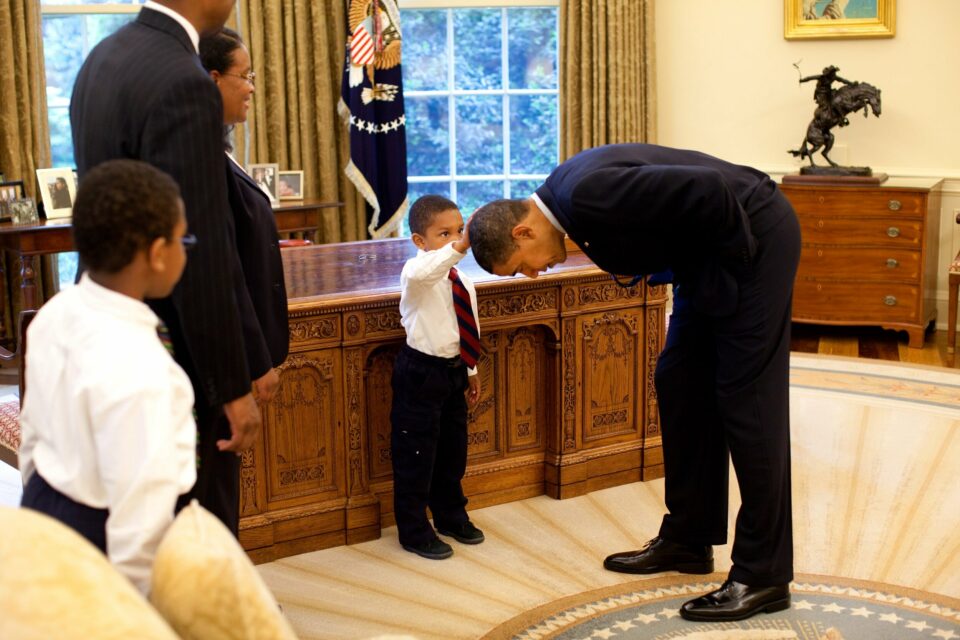 Former President Barack Obama reconnected with Jacob Philadelphia to congratulate his high school graduation, the boy who was 5 years old at the time of his visit to the White House, and asked Obama, “Is your hair like mine?”

The iconic image was the result of the question, to which the former president recalls bending down and asking, “Well you want to check and see? Go ahead, touch it.”

Then Obama asked, “Well, what do you think?” to which 5-year-old Philadephia replied, “Yeah, that’s pretty much what I’ve got.”

Obama posted the heartwarming reconnection to his Instagram on Friday, staggered that 13 years had already passed since the moment was captured.

Son of then-National Security Council staffer Carlton Philadelphia, Jacob graduated from the International School of Uganda and is set to attend the University of Memphis to study political science.

“I think the White House visit clearly inspired you, I hope,” Obama said in the video. “Yes. It really has,” Jacob replied.

The image was immortalized by White House photographer Pete Souza, which he later named “Hair Like Mine,” and “for years, the photo hung in the halls of the West Wing,” says the former president’s post. Such a moment was commemorated to inspire other children who looked like him and emphasize representation.

“When I was younger, I just thought the president was just my dad’s boss. I didn’t know how powerful he was,” Jacob said. “I was a little shy and I kind of remember touching his hair and him towering over me. That was a pretty big highlight of my life.

“It is very wonderful to see representation in the government because if I get to see another Black man be at the top, be at that pinnacle, then I want to follow that lead,” he added.

In the video, Obama also reflected on his time in the presidency and how that image was one that reverberated his aspirations as commander in chief.

“I think this picture embodied one of the hopes that I’d had when I first started running for office,” Obama said.

“I remember telling Michelle and some of my staff, you know, I think that if I were to win, the day I was sworn into office, young people, particularly African American people, people of color, outsiders, folks who maybe didn’t always feel like they belonged, they’d look at themselves differently.”

He continued, “To see a person who looked like them in the Oval Office… It would speak to Black kids and Latino kids and gay kids and young girls — how they could see the world open up for them.”

The post ends with a congratulations to the class of 2022.