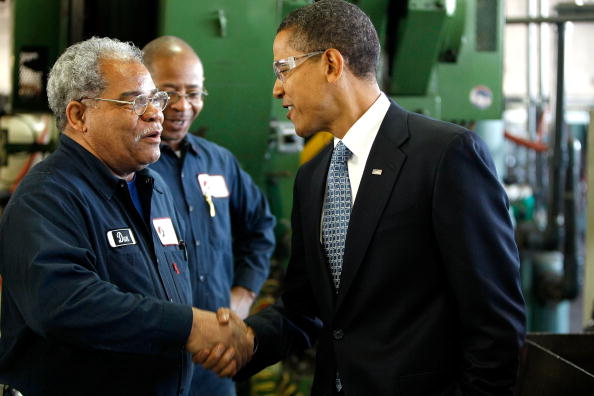 President-elect Barack Obama went Bedford Heights, Ohio, to discuss his American Recovery and Reinvestment Plan with workers. The plan aims to save or create three to four million new jobs and make the long-term investments needed to build a 21st century economy.

Obama used the time to counter critics’ claims that his economic plan is packed with excessive spending and not enough tax cuts, Obama has promoted the package as required to create jobs and boost the economy.

The event in the Cleveland suburb took place the day after the Senate agreed to give him access to the second half of the government’s $700 billion financial industry bailout and House Democrats unveiled an $825 billion stimulus package, which could reach $1 trillion.

The House bill calls for federal spending of about $550 billion and tax cuts of $275 billion over the next two years to revive the sickly economy, according to the Associated Press. It also focuses heavily on energy, education, health care and jobs-producing highway construction.

Energy-related proposals include $32 billion to upgrade the nation’s electrical distribution system, more than $20 billion in tax cuts to promote the development of alternatives to oil fuels, and billions more to make public housing, federal buildings and modest-income homes more energy efficient.
Obama has a lot riding on his economic plan.

Passage of the plan would mark a significant achievement at the outset of his administration. Obama is inheriting a deep recession from President George W. Bush, writes the AP. Defeat would be a blow, coming as joblessness increases, bank failures continue, investment portfolios shrink, and home prices plummet.
The outcome of the plan will likely set the tone for Obama’s first 100 days in office — if not longer.

Obama is set to take the oath of office on Tuesday. He will be kicking off inaugural festivities with a Whistle Stop tour from Philadelphia to Washington, with stops in Delaware and Maryland to pick up Vice President-elect Joe Biden and other lawmakers and supporters.

— The Associated Press contributed to this article.