Obama to Stump for Democrats in Three States Ahead of Nov. 8 Election 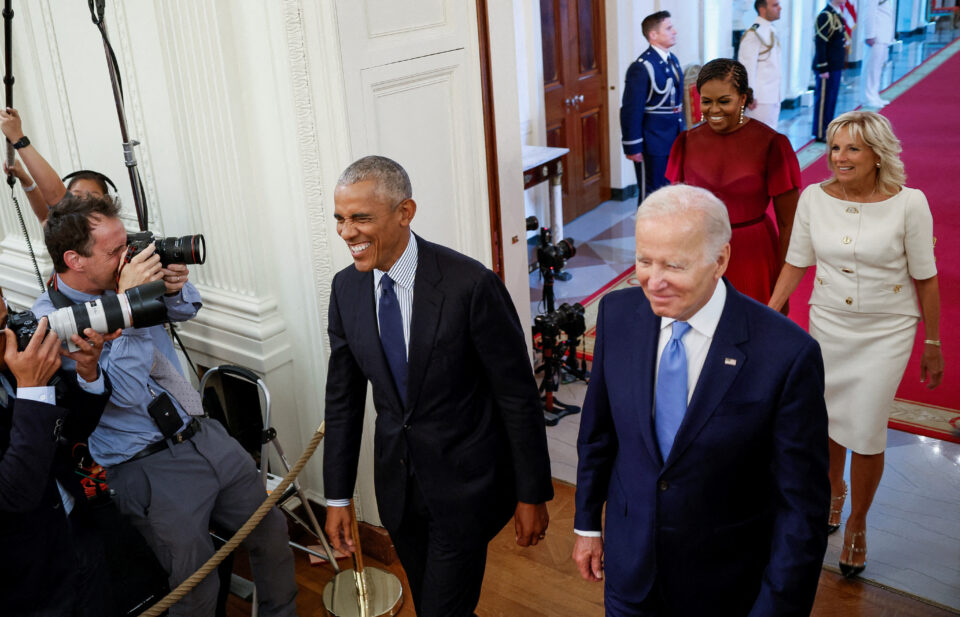 Former U.S. President Barack Obama will campaign for Democratic Party candidates in Georgia, Michigan and Wisconsin later this month ahead of the Nov. 8 midterm elections that will determine control of the U.S. Congress.

Obama will stump for candidates for federal and state offices, appearing in Atlanta on Oct. 28 before traveling to Detroit and Milwaukee on Oct. 29, his office said on Saturday.

Republicans are seen winning control of the U.S. House of Representatives and possibly the U.S. Senate as well. Several Republicans who want to upend the way votes are cast and counted are also running for top election administrator offices in their states.

Obama will tell voters that Democrats are the party for protecting abortion rights but a main theme in his appearances will also be that Democrats can be better trusted to keep elections fair, with the next presidential contest slated for 2024.

“He looks forward to stumping for candidates up and down the ballot, especially in races and states that will have consequences for the administration of 2024 elections,” Obama‘s office said in a statement, which was issued as President Joe Biden, a fellow Democrat, was set to appear at a rally in Portland supporting the party’s candidates.

Former President Donald Trump, a Republican, is also holding campaign events to support Republicans, with the rallies featuring speeches in which he has repeatedly hinted he might run for president again in 2024.

Trump has falsely claimed fraud marred the results of the 2020 presidential election, which Biden won.

Republicans who back Trump’s false claim have become their party’s nominees for top election officials in states that could play decisive roles in the 2024 contest.

Republicans Jim Marchant of Nevada and Mark Finchem of Arizona, for example, want to curtail or abolish early voting, mail-in voting and ballot drop-boxes, claiming without evidence that they breed fraud.

Voting groups are concerned that the election of some far right candidates could threaten the integrity of the next presidential election. There are fears some might help Trump — if he decides to run again — or another like-minded Republican to overturn election results in 2024.

In an interview on a podcast released on Saturday, Obama said Democrats might not be able to trust that U.S. courts will keep elections fair. That means Democrats must hold offices in closely-contested states to ensure the results of elections will be respected, he said.

“Because it may turn out that in a close presidential election at some point, certification of an election in a key swing state may be at issue. And, it’s going to be really important that we have people there who play it straight.”