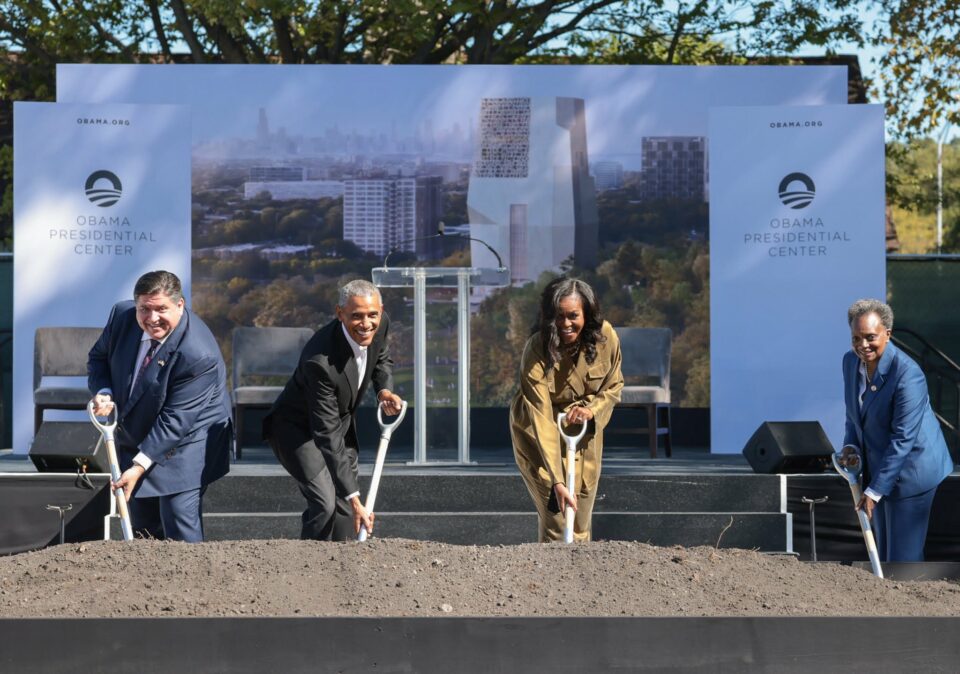 The Obamas headed back home this week to celebrate a project long in the making.

On Tuesday, Barack and Michelle Obama attended the groundbreaking ceremony for their legacy project—the Obama Presidential Center. The historical museum will be located near the Obama family home on the south side of Chicago.

Construction for the center began this week, after nearly five years of setbacks involving legal battles, a federal review, and gentrification concerns.

Barack Obama has always referred to Chicago as home and explained how it shaped his life. Obama worked in the city  s a community organizer and became a husband and father and an elected official before becoming the nation’s first Black President.

Obama has said the center was his way to give back; he hopes it brings an economic boost to the area and inspires a future generation of leaders.

Today, we officially broke ground on the Obama Presidential Center on the South Side of Chicago. Michelle and I can’t imagine a better investment in the city we love, and generations of young leaders who will help create change. pic.twitter.com/cmyD0pD4jy

“We want this center to be more than a static museum or a source of archival research. It won’t just be a collection of campaign memorabilia or Michelle’s ballgowns, although I know everybody will come see those,” he joked. “It won’t just be an exercise in nostalgia or looking backwards. We want to look forward.”

Chicago Mayor Lori Lightfoot, Illinois Gov. J.B. Pritzker, and several city aldermen were among the few people allowed at the event, which was streamed online to limit crowds amid the COVID-19 pandemic.

The presidential center will sit on 19 acres of the 540-acre Jackson Park.

What distinguishes this presidential library is that Obama’s presidential papers will be available in digital form. The campus will include a museum, public library branch, athletic center, test kitchen, and children’s play area.

The initial cost was projected at $500 million, but documents released by the Obama Foundation last month showed it is now roughly $830 million. Funds are being raised through private donations.

Organizers estimate about 750,000 visitors will come to the center each year.