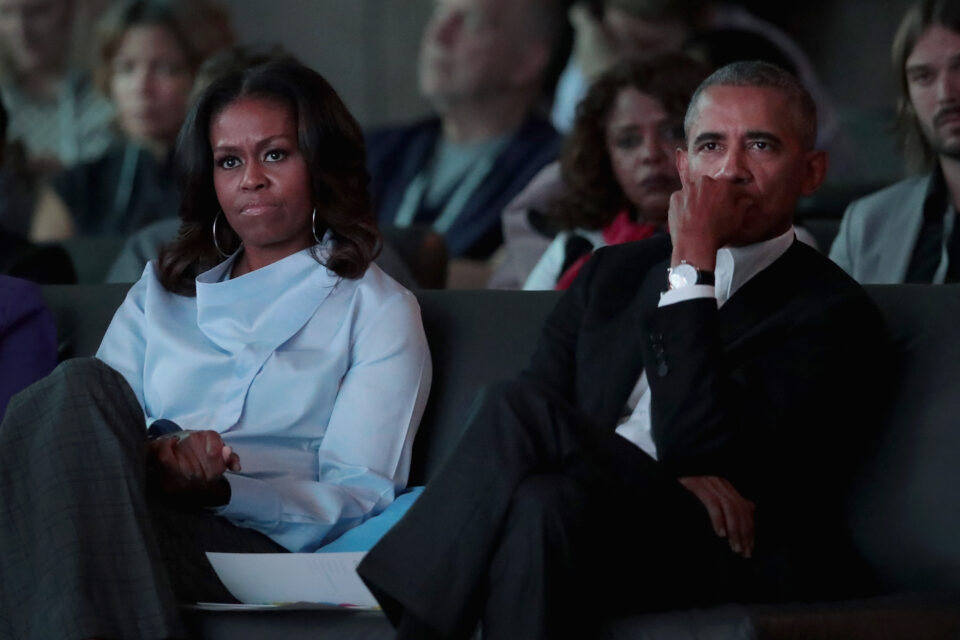 “Today, millions of Americans woke up fearing that their essential freedoms under the Constitution were at risk,” the couple said in the joint statement posted to Twitter.

“If the Supreme Court ultimately decides to overturn the landmark case of Roe v. Wade, then it will not only reverse nearly 50 years of precedent—it will relegate the most intensely personal decision someone can make to the whims of politicians and ideologues,” the Obamas added.

The Hill reported that Chief Justice John Roberts issued a statement Tuesday confirming that the opinion, which was leaked Monday night to Politico, was just a draft.

In 1973, Roe v. Wade established a legal right for women across the country to choose to have an abortion without excessive government restriction.

But, according to Justice Samuel Alito, “it is time to heed the Constitution and return the issue of abortion to the people’s elected representatives,” as reportedly stated in the document.

The Obamas noted that the landmark decision allowed women’s freedom, on the basis of the Constitution’s 14th Amendment, but the leaked decision doesn’t seek to balance other rights including child abuse or self-harm.

“Instead, it simply forces folks to give up any constitutionally recognized interest in what happens to their body once they get pregnant,” the Obamas said, according to Fox News.

As the joint statement came to a close, the duo called on abortion activists and advocates to take action in protests and campaigns.

“We’re asking you to join with the activists who’ve been sounding the alarm on this issue for years—and act. Stand with them at a local protest. Volunteer with them on a campaign,” the couple’s statement said.

“Join with them in urging Congress to codify Roe into law. And vote alongside them on or before November 8 and in every other election. Because in the end, if we want judges who will protect all, and not just some, of our rights, then we’ve got to elect officials committed to doing the same,” the statement concluded.