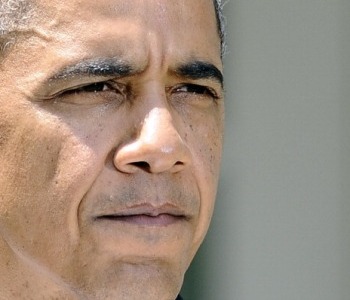 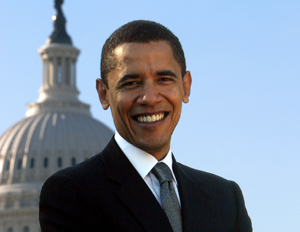 President Obama has appeared to launch his own version of an Occupy GOP movement. With steely determination, he’s prepared to engage in political combat to advance his economic agenda as he positions himself for campaign 2012.

The most recent evidence of his new, uncompromising posture was this week’s speech in the tiny hamlet of Osawatomie, Kansas (pop. 4,600). Seeking to connect with populist anger characterized by both the Tea Party movement and Occupy Wall Street demonstrations, the president vigorously pushed jobs creation, payroll tax cut extension and income equality as he indicted the GOP for turning their back on Middle America.

In the 55-minute address, he deftly laid out the reasons behind the nation’s economic and political crises, and maintained that “the breathtaking greed of a few with irresponsibility all across” the financial system had the effect of claiming “the jobs and the homes and the basic security of millions of people–innocent, hardworking Americans who had met their responsibilities but were still left holding the bag.”

“Ever since, there’s been a raging debate over the best way to restore growth and prosperity, restore balance, restore fairness.Â  Throughout the country, its sparked protests and political movements–from the Tea Party to the people who’ve been occupying the streets of New York and other cities,” the president told the crowd of 1,200 as he was interrupted by periodic bursts of applause. “This is the defining issue of our time… This is a make-or-break moment for the middle class, and for all those who are fighting to get into the middle class.Â  Because what’s at stake is whether this will be a country where working people can earn enough to raise a family, build a modest savings, own a home, secure their retirement.”

Most political observers note that Obama’s remarks channeled another young president who delivered an address in the same venue roughly a century ago: Theodore Roosevelt. The Republican reformer’s “New Nationalism” speech was a call for a 20th Century brand of progressive politics in which ordinary citizens would be protected from the avarice and recklessness of big business and special interests of that era. Known to take full advantage of historic symbolism–evoking presidents such as Lincoln, FDR and Reagan in past policy speeches–Obama used the location and sharp rhetoric as part of his bully pulpit (a term coined by Roosevelt).

In making his latest power move, Obama is applying populism, in part, as his big stick, communicating his willingness to fight for preservation of the middle class and defense of those trapped below the poverty line. His strategic approach casts Republicans as the unreasonable, intransigent party of the powerful and privileged, placing politics and ideology over the best interests of our country.

Without a doubt, the president needs to boost confidence among much of the American public. Obama must convince them he’s their unwavering champion as well as a pragmatic leader. His rep took serious hits after the catastrophic debt-ceiling negotiations with congressional Republicans during the summer, and when his mammoth $447 billion American Jobs Act was blocked in the Democratic-controlled Senate. And despite a recent jobs report that showed national unemployment declined from 9% in October to 8.6% in November–African American unemployment, however, actually rose from 15.1% to 15.5%–his job approval rating slid to 41% in Gallup’s latest daily tracking poll, with a disapproval at 51%. The figures offer the widest gap between the president’s approval and disapproval numbers in recent weeks.

Since incumbents run on their record, the president must clearly show why he deserves a second term, an alternative to the candidate who will eventually receive the GOP nod. (With three weeks before the start of primary season, the most likely pick will be former House Speaker Newt Gingrich or former Massachusetts Gov. Mitt Romney.)Â  So Obama’s challenge or opportunity–depending on the lens you use–will be to make the case that he has placed the country on the right course.