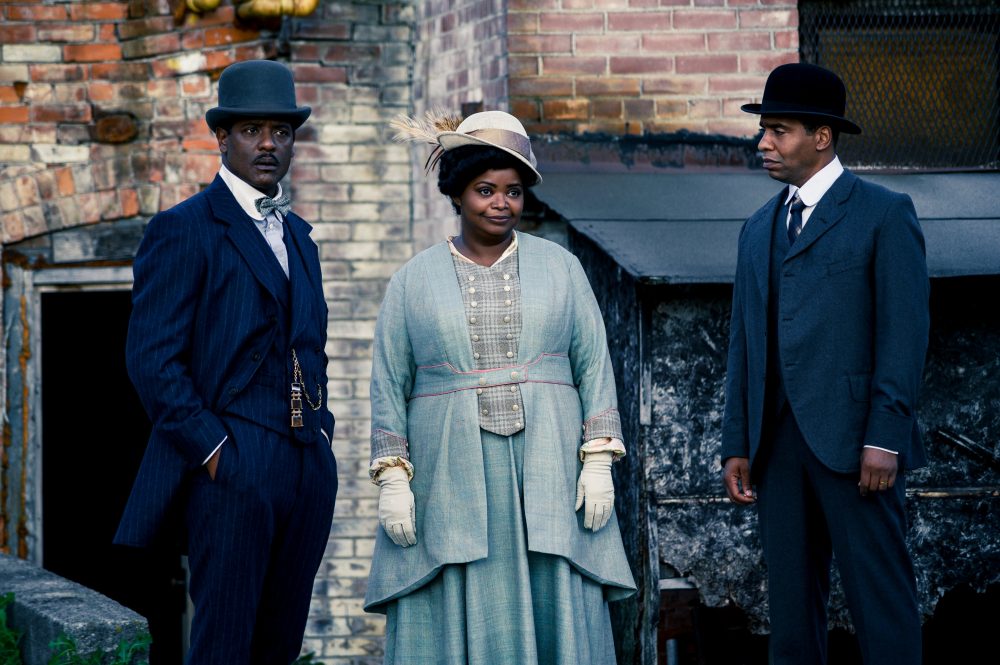 Self Made: Inspired by the Life of Madam C.J. Walker is a four-part limited series that is scheduled to premiere on March 20. The Netflix series co-stars Blair Underwood, Tiffany Haddish, Carmen Ejogo, and Bill Bellamy.

“I have to say, when I was negotiating my deal for Madam C.J., LeBron James had to intervene,” Spencer said. “So we need all our male counterparts to be in the fight with us.” Spencer revealed that tidbit while speaking on the panel “Women Breaking Barriers: Where Are We Now?” at the recent Sundance Film Festival.

“I think my goal is to make sure that all women of color get equal pay, and all women get equal pay,” Spencer added. “The only way to do it is to have these conversations, to talk numbers with your co-stars. Jessica and I stood together, and that was interesting that she would take that position — well, I mean, she is Jessica Chastain — but we also need advocates and allies in negotiating.”

“Every American should all know the story of Madam C.J. Walker,” James told The Undefeated. “She was an innovator, entrepreneur, social activist, and total game-changer whose story has been left out of the history books. I hope this project lives up to her legacy with a story that will educate and inspire.”

Spencer hopes women receiving the same pay as their male counterparts is a permanent change. “I’m a pragmatist, and I think that what’s exciting is, for me right now, is I feel like there’s a paradigm shift and women are leading the charge in that,” the Oscar-winning actress said. “We just have to continue the momentum, and we have to remember that all of us, we need to work together, men and women. We need to advocate for each other. … I think we’ve made considerable strides in the conversation. Are we there yet? Uh, no. But are we where we were? Uh, no, and that’s what’s promising. I like the idea of that.”