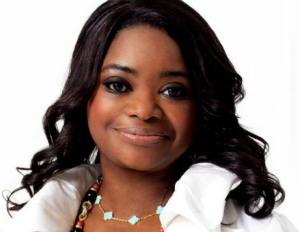 Octavia Spencer has landed a role in Fox 2000’s Hidden Figures, co-starring Taraji P. Henson. The film is based on Margot Lee Shetterly’s book Hidden Figures: The Story of the African-American Women Who Helped Win the Space Race,Â about the African American scholars who were a big part of advancements in space travel.

Henson plays Katherine Johnson, a mathematician who, along with her colleagues Dorothy Vaughn and Mary Jackson, served as the brains behind one of the most prolific scientific operations in U.S. history: the 1962 launch of astronaut John Glenn into orbit for the Friendship 7 mission. Glenn became the first American to orbit the Earth and the fifth person in space, and these women were not only responsible for his getting to outer space but also his safe return.

Information on which one of the mathematicians Spencer will play has not yet been released.

Watch more on the women Henson and Spencer are set to portray:

Spencer is also set to reprise her role in The Divergent Series: AllegiantÂ and portray a depiction of God in The Shack, a story of a grieving man who receives an invitation to meet with God at a place called “The Shack.” She also recently wrapped filming for Gifted, a drama about a man battling his mother over custody of his prodigy daughter.