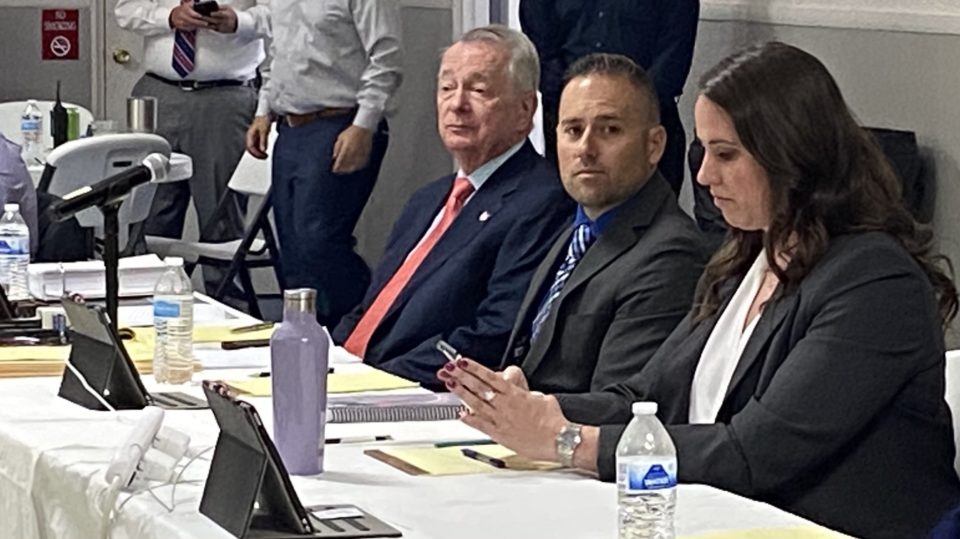 Joshua Jaynes, the officer who improperly filled out the no-knock warrant that resulted in the death of Breonna Taylor is trying to get his job back with the Louisville Metro Police Department (LMPD) and testified before the Police Merit Board Thursday.

The ex-LMPD Detective was fired in January along with Detective Myles Cosgrove. Jaynes’ lawyer argued to the board Thursday that Jaynes was terminated before the Professional Standards Investigation was complete and that the facts of the case do not support the decision.

During the board hearing, Jaynes admitted he did not speak with anyone at the USPS, but added he didn’t lie on the warrant.

Gentry’s termination letter added Jaynes did not complete an operations plan for the raid, which his lawyer did not dispute, but said it was not an offense that qualifies for termination.

In addition to getting his job back, Jaynes is seeking back pay for the time since he was fired.

Taylor, a former EMT, and her boyfriend, Kenneth Walker, were asleep the night of March 13, 2020, when Louisville Metro Police barged into her home with a no-knock warrant in relation to a drug investigation. The noise woke Taylor, who believed someone was trying to break in. Walker, a registered gun owner, fired a shot toward their bedroom door.

The police responded, firing a bevy of shots toward the couple and hitting Taylor five times. The only officer charged in the incident was former detective Brett Hankison, who was charged with three counts of wanton endangerment. Jaynes, Cosgrove, and Mattingly were all fired but not charged.