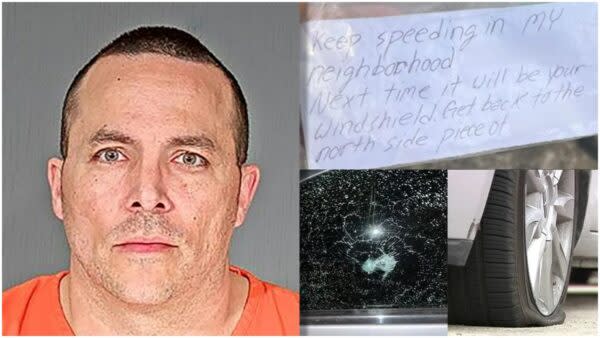 Officials charged a Wisconsin man with a federal hate crime in the series of intimidation and threats that targeted at least one Puerto Rican neighbor and eight Black residents in his apartment complex.

According to CNN, Milwaukee County resident William McDonald faces a federal charge of “willfully injuring, intimidating, or interfering with another’s housing rights because of their race, color, or national origin by force or threat of force,” as per obtained court documents. But he was released on his own recognizance last week.

The criminal complaint indicates that the alleged incidents spanned from March 2021 through April 2022. During that time, McDonald left intimidatory and minacious notes filled with racist slurs on the windshields of his neighbors’ vehicles. He accused them of speeding throughout the West Allis neighborhood.

In one of the incidents, a Black neighbor received at least two aggressive notes demanding that she move out of the apartment and threatening other damages if she didn’t comply.

Another said, “Get the f— back to the northside ghetto where you belong.”

Incidents also occurred where McDonald’s threats came to fruition, including slashing tires and smashing windshields. As a result, four victims have moved out of West Allis, according to the local news outlet. The complaint further states that surveillance footage and McDonald’s handwriting connected him to the crime.

As per CNN, officials argue that McDonald’s alleged actions violate the Civil Rights Act of 1968, popularly known as the Fair Housing Act. The landmark law prohibits discrimination concerning the sale, rental, or financing of housing based on race, religion, national origin, and sex.

The misdemeanor charge would signify that McDonald’s actions qualify as a hate crime.

While he is out on bail, McDonald will be monitored via GPS and required to stay with his aunt outside the West Allis neighborhood. He cannot contact or associate with any witnesses or victims involved in the case and cannot possess a firearm or other weapon.