A collapsed George Floyd mural in Ohio is receiving a number of mixed reasons as to what caused the artwork to crumble.

On Tuesday, a large mural honoring the memory of George Floyd collapsed to the ground in Toledo, Ohio, Insider reports. Community members have spewed out a number of different reasons as to what caused the collapse including disrepair, vandalism, and even a lightning strike.

The commemorative artwork was painted on the side of a building’s brick wall last July by David Ross amid nationwide protests following Floyd’s murder by former police officer Derek Chauvin. Now the artist says he will be looking for a new location to recreate the original piece.

Police were later seen setting up barricades to control all of the fallen bricks within the mural.

Keller said she hopes the “beautiful” piece gets restored as city officials differ on what exactly caused it to come down.

City building inspector Hugh Koogan said the collapse appeared to be a result of natural deterioration within the building, noting how the painted brick wall had started to bow in recent weeks.

“It was just age,” Koogan said. “It just came away. It happens to the older buildings.”

Now the city’s mayor confirms that the mural will be replaced, WTOL reports.

“What we do know is that the mural will be replaced,” Toledo Mayor Wade Kapszukiewicz said on Wednesday. “We will work with the Arts Commission and the artist to make sure that a new mural can replace the old, so that the message at the core of this artwork can be heard.” 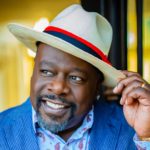 Cedric the Entertainer Will Host This Year’s Emmy Awards, ‘I Can’t Wait To Take The Stage’ 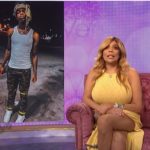