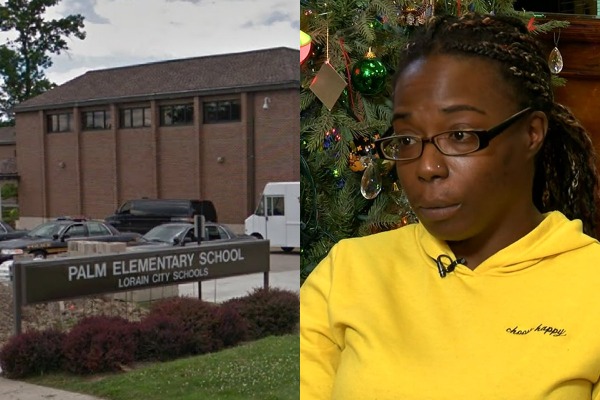 A recent lawsuit against a public school district in Cleveland accuses one school employee of forcing a child to eat food taken out of the trash.

Last week, a federal civil rights lawsuit was filed by Cleveland attorney Jared Klebanow on behalf of Latasha Williams, the mother of a fourth grade Palm Elementary student, WOIO reports. Williams claims her daughter was forced to eat food out of the garbage in front of her classmates.

The alleged incident happened after the child threw out a plate of waffles she was served in the lunchroom because she didn’t like the taste.

The suit alleges the student told the school’s principal she “did not like the waffles” and “asked for a different meal,” Fox 8 reports.

After the principal told the girl to “finish what was on her tray,” the student instead “threw out the remaining waffles,” the suit states. After a lunchroom employee saw the child throw out the waffles, the staffer told the child to get a napkin and take the waffles out of the trash.

The employee reportedly forced the child to eat the waffles in front of all the students inside the lunchroom at the time.

“It’s humiliating, it’s disgraceful, and it’s unacceptable,” Klebanow said. “Every citizen, including children, has the right to bodily integrity.

“The child victim had her constitutional rights violated by this educator. This is an educator hired to protect our children, not to degrade them and humiliate them.”

The lawsuit claims the incident left the child “frightened and embarrassed” and feeling physically sick from eating food taken out of the trash. The child has also needed mental health treatment as a result of the occurrence. The lawsuit argues the child was targeted because she’s Black.

“The child is afraid of their school, doesn’t want to eat lunch at school. I think she will have trouble trusting educators and administrates moving forward,” Klebanow said.

A spokesperson for the Lorain City Schools said two staff members have been placed on leave pending an investigation.

“District authorities responded in accordance with board policy and past practice by placing any staff member who could potentially be involved in incidents of this serious nature on immediate paid administrative leave, pending an investigation,” the district said in a statement.