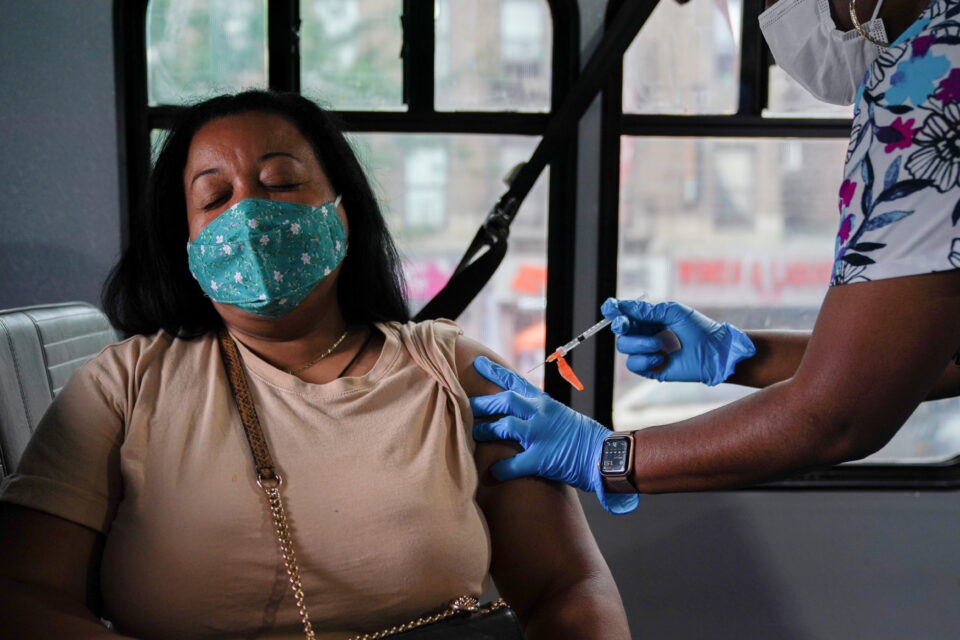 FILE PHOTO: A person receives a dose of the Pfizer-BioNTech vaccine for the coronavirus disease (COVID-19), at a mobile inoculation site in the Bronx borough of New York City, New York, U.S., August 18, 2021. REUTERS/David 'Dee' Delgado

A new study, conducted by researchers at Ohio State University, shows Black Americans who were initially hesitant about the COVID-19 vaccine were more likely to change their minds as the pandemic wore on.

The study, which was conducted with the help of the National Science Foundation, followed about 1,200 participants before vaccines were produced through June 2021. Participants were surveyed periodically about their views regarding the pandemic.

This allowed the researchers to measure how individual and group perspectives shifted while new information was released on the COVID-19 virus.

“As availability of the vaccine approached, and then as it became available, we were hearing as part of the national conversation this assumption that Black Americans would be less likely to seek vaccines because of well-earned distrust shaped by racism,” the study’s lead author Tasleem Padamsee of Ohio State College of Public Health said in a release. “But we also know that Black Americans are highly motivated to take care of themselves and their communities.”

The study attributed the drop in hesitancy for Black Americans to changes in beliefs about the protections the vaccine offered.

The early days of the pandemic were especially harsh for Black Americans as they dealt with less access to quality medical care, health insurance, more pre-existing conditions, and a general lack of trust in the U.S. medical community due to past wrongs including the Tuskegee Syphilis Study and the theft and unethical use of Henrietta Lacks cancer cells.

According to the APM Research Lab, Black Americans were second to only Indigenous people in COVID-19 death rate.

The researchers noted that the lack of trust Black Americans have in the U.S. healthcare system and everyday exposure to institutionalized racism in healthcare are still significant reasons for vaccine hesitancy.

However, the researchers also added Black Americans, like everyone else, just want to be protected and when many realized the vaccine would protect them, were more likely to take it.

“I expected that the same qualities that lead Black communities to be cautious about a new vaccine would lead them to accept the vaccine once they gathered more information,” Padamsee said. “The unifying theme is protection. Black Americans want to protect themselves and their communities.”