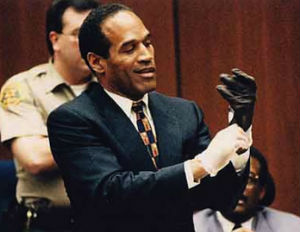 In September 2007, O.J. Simpson released his hypothetical recount of would have happened if he had indeed murdered his former wife, Nicole Brown Simpson, and her unconfirmed lover, Ron Goldman. Now, nearly six years later, an original hardcopy of Simpson’s memoir, If I Did It–penned in 2006 before the release of the book to the public–is up for sale on eBay for a whooping $250,000.

According to TMZ, 400,000 copies of the book were printed for retail distribution in 2006, but were recalled due to “public backlash.” While the books were slated to be

destroyed,â€ the television news source says, “according to legend, a small number [of books] survived.â€ One of the original copies was auctioned off on eBay in 2007 for $65,000, and now another original hardcopy has hit the Net, selling for more than three times that amount.

The auction for this rare literary work was posted this morning (January 29), but became unavailable once the afternoon came around. Whoever was up for the bid was required to pay the full quarter-of-a-million-dollars within 48 hours.

Below is an image of the no-longer-available listing. 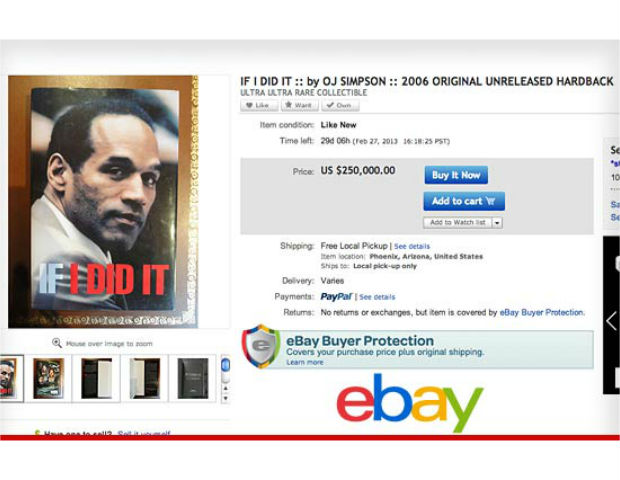