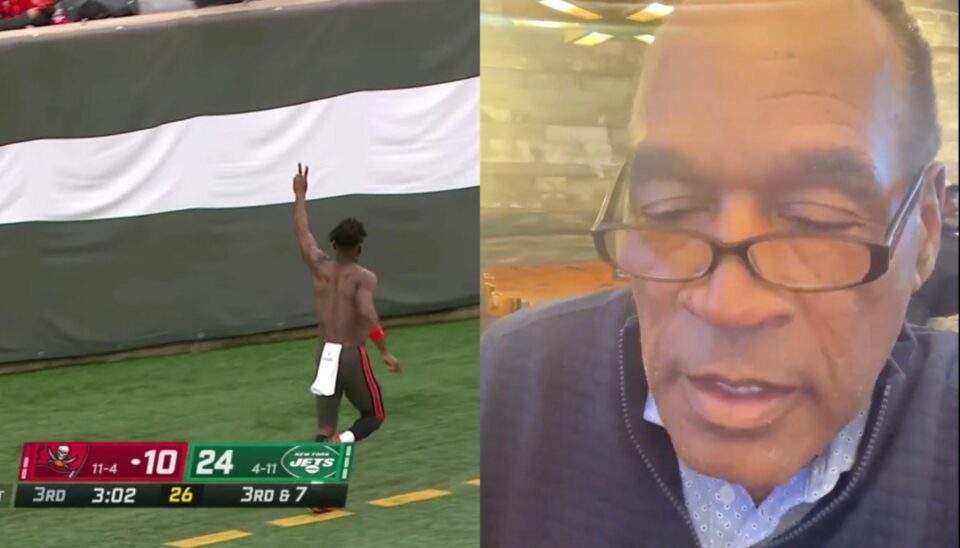 Former running back and current disgraced public citizen O.J. Simpson was not too happy over the early departure of NFL wide receiver Antonio Brown during Sunday’s Buccaneers and New York Jets game, and named his actions “inexcusable.”

In a short video posted to Twitter, Simpson explained that he was watching the game with some of his fellow fantasy football league co-players in what appears to be a restaurant or bar. He expressed his disgrace and emphasized why Brown let his quarterback down.

“There’s one thing we all agree on, as well as the other people here,” Simpson said. “For what Tom Brady has done for Antonio Brown…for him to pull what he pulled today is completely inexcusable.”

“Playoffs are coming up,” the former actor added. “And you pull this crap on a guy who literally went out on a limb for you? It’s total B.S. Inexcusable.”

As previously reported by BLACK ENTERPRISE, Brown was dismissed from the Buccaneers after stripping off his gear, tossing his shirt and gloves into the crowd, and leaving his team behind during the third quarter of the game.

While a talented wide receiver, Brown has had an earlier history of personal conduct issues and criminal allegations, including a sexual assault allegation and felony burglary and battery charges from a reported assault of a moving company employee.

The Buccaneers were the third team to take a chance on the wide receiver, with the influence of the team’s quarterback, Tom Brady. Following Brown’s eight-game suspension in 2020, Brady still advocated for him — despite his off-field behavior — to come with him to Tampa Bay. Brown was a part of the team that won Super Bowl 55, catching a touchdown pass in the 31-9 win over the Kansas City Chiefs.

In the wake of Sunday’s incident, Brady asked for compassion and expressed that he will still support Brown.