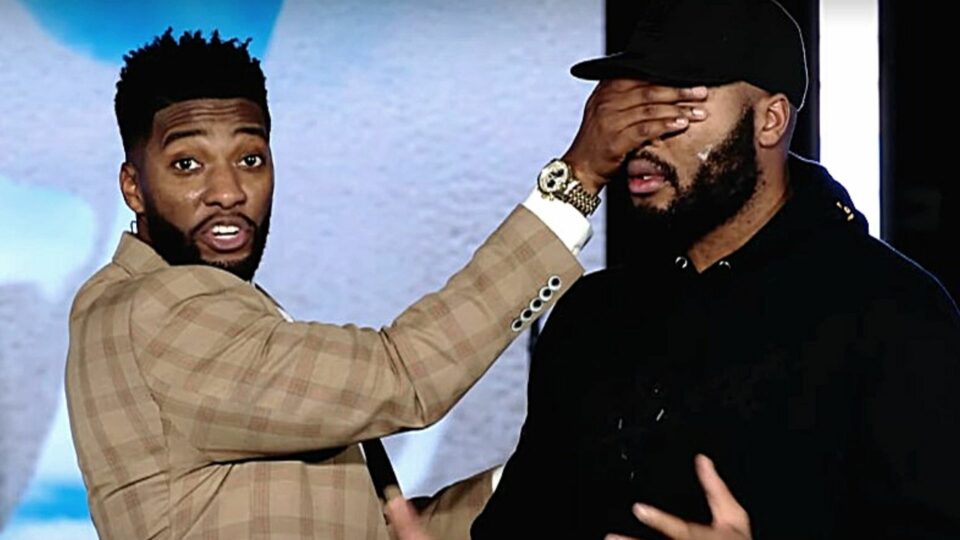 A pastor in Oklahoma has caused a stir following a sermon Sunday that he later apologized for after many considered the act un-Godly.

According to Fox News, Pastor Michael Todd, a preacher at Transformation Church in the Tulsa suburb of Bixby in Oklahoma, is seen on video applying his saliva to the face of a parishioner of the church.

Todd is seen on stage delivering his sermon as he has a young man on the stage standing next to him. As he is preaching the word, he momentarily spits in his hand, then after several sentences, proceeds to spit more saliva into his hand. After saying, “receiving vision from God, might get nasty,” he then smears the saliva onto the man’s face. Twice.

As the man stands there, allowing the act, Todd then says, “Do you hear and see the responses of the people? What I’m telling you, is how you just reacted is how the people in your life will react when God is doing what it takes for the miracle.”

WARNING: Video contains a scene that may be considered offensive to some.

“How you just reacted is how the people in your life will react when God is doing what it takes for the miracle!”

Oklahoma pastor Michael Todd – who once held a day of prayer to ward off Covid – has upset a lot of people by rubbing spit into his brother’s face during a sermon. pic.twitter.com/k1TFDyzBAi

The reaction from Twitter users who saw the video clip was shocking, and the video went viral.

That’s disgusting. With Covid and everything going around why would you do that. He didn’t even have to spit in his hand to get the point across

If Michael Todd would have tried that nonsense at my church.
pic.twitter.com/uZw4EF2BmY

Imma be honest I cut that Michael Todd video off. In prime pandemic or not that is NOT ok. That is disturbing

I almost ejected my stomach outta my body trying to watch the michael todd video and I watched without sound . No sah!!!!

So, I let my curiosity get the best of me and I watched the Michael Todd video. pic.twitter.com/R9zTQBhGtR

Pastor Todd went to Twitter to share his apology for taking his antic to an extreme and even admitting that it was disgusting.

It’s never my intention to distract others from God’s Word and the message of Jesus… even with illustrations!

I apologize for my example being too extreme and disgusting!

I Love Everybody #REPRESENT pic.twitter.com/YfzFmySCPe