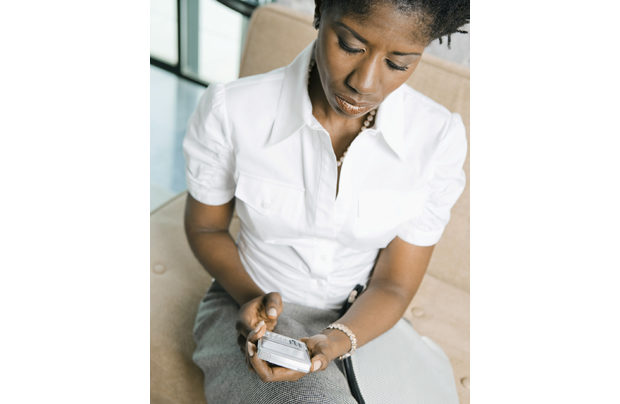 It doesnâ€™t matter if you prefer ultrabooks, tablets, or MacBooks, youâ€™re not going anywhere without a smartphone. It is definitely a requirement for every entrepreneur. But a tech entrepreneur needs one because it's web enabled. The Samsung Galaxy S III is a great example. The latest in the Galaxy S series offers more than most smartphones. It has one of the most sophisticated mobile experiences to date. Itâ€™s light, thin and can fit right in the palm of any hand, plus the Android Ice Cream Sandwich operating system makes multitasking simple. You have the option to watch HD videos while emailing or texting, if you so choose.

A lonely, middle-aged white man was arrested for harassing and intimidating a Black councilwoman in Middlesex County, New Jersey.

With a hatred for Old Bridge Councilwoman Edina Brown, Valvo sent her an email with profanities and racial epithets on March 8.

Brown, the only Black woman councilwoman and one of two Democrats out of the nine council people—all of the others are Republicans—forwarded the email to Mayor Owen Henry and Old Bridge police. The email, with Valvo using the alias “John Smith,” told Brown she needed to get her “n—a a– out of here,” reminding her that Middlesex County is a “Republican township.”

Local detectives joined forces with the members of New Jersey’s Bias Crimes Unit, tasked with investigating crimes motivated by prejudice against others based on race, color, religion, sexual orientation, gender, disability, and/or ethnicity under New Jersey’s Division of Criminal Justice.

Brown told NJ Advance Media that the email used the n-word and made racist remarks about Black people and those who live in Newark, Trenton, and Paterson.

New Jersey Attorney General Gurbir S. Grewal condemned Valvo’s crime, signaling to anyone who wishes to harass or intimidate others through racist actions that they will be prosecuted.

“We have zero tolerance for acts of bias and hate in the Garden State,” Grewal said. “Hate has no home in New Jersey.”

Old Bridge is a predominantly white town with 73% of the residents being white and 7% Black, according to U.S. Census estimates, NJ Advance Media reported.