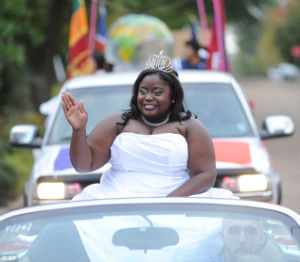 The pioneering event coincides with the fiftieth anniversary of the first African-American student to be admitted to the institution.

Pearson said that she has “bucked a trend,” that favors white women as the institution’s queen.