Olympic Champion Sydney McLaughlin Breaks Own Record At US Championships 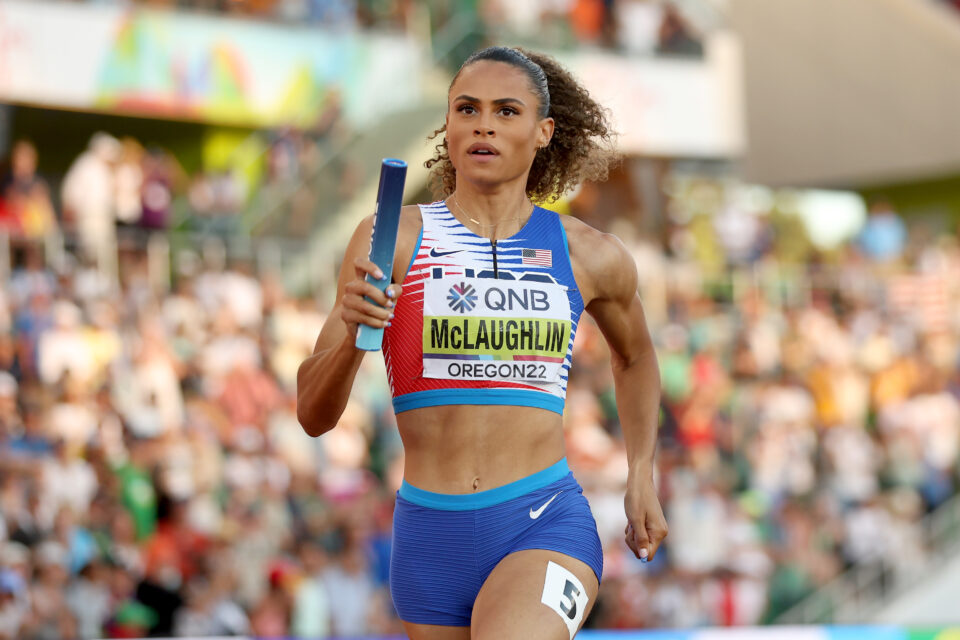 Olympic champion Sydney McLaughlin has now set world records in three of four of her past 400m hurdles finals.

Running a blazing world record of 51.41 seconds in the women’s 400m hurdles at the USA Track and Field Outdoor Championships on Saturday, McLaughlin effortlessly broke her own record of 51.46 from the Tokyo Olympics, where she took home the gold medal, NBC reports.

“Anything is possible any time I step on the track,” said McLaughlin, who said she planned to celebrate the historic win by eating “some real food besides vegetables. Like a cheeseburger or something, some pancakes.”

“The goal is to improve upon myself and push the limits.”

During last year’s U.S. Olympic Trials, McLaughlin set her first world record of 51.90 on the same track, Hayward Field in Eugene, Oregon. She is now setting her sights on returning to the field next month for the World Athletics Championships Oregon22.

“I knew it was going to be fast,” McLaughlin said, per World Athletics. “I looked at the time and I was really happy with it – being able to slowly progress towards lower and lower times – and I think there’s still things I could work on. I think there’s a little bit more in the tank there, so hopefully, when it’s time, we can just empty it completely.”

On the other hand, Allyson Felix, the most decorated U.S. track and field athlete in the history of the sport, finished sixth Saturday in the 400-meter final at the Championships. She will not be advancing to the 2022 World Championships in an individual event. But the champion who specialized in the 200 meters sprint from 2003 to 2013 did not see the loss as a defeat.

“The 400 is hard for me; it’s not my natural passion. It’s always been something I’ve challenged myself with,” Felix said.

On retiring, Felix responded: “More than anything, this season really showed me that I have no doubts about walking away. There’s nothing that I have left to give. This season, for the first time, I felt like I didn’t have that fight in me, and that’s who I am. I knew when I felt that fading away; there was nothing to do but be grateful.”

This race was considered Felix’s final national championship race after announcing in April that she would be retiring following the 2022 season, BLACK ENTERPRISE previously reported.