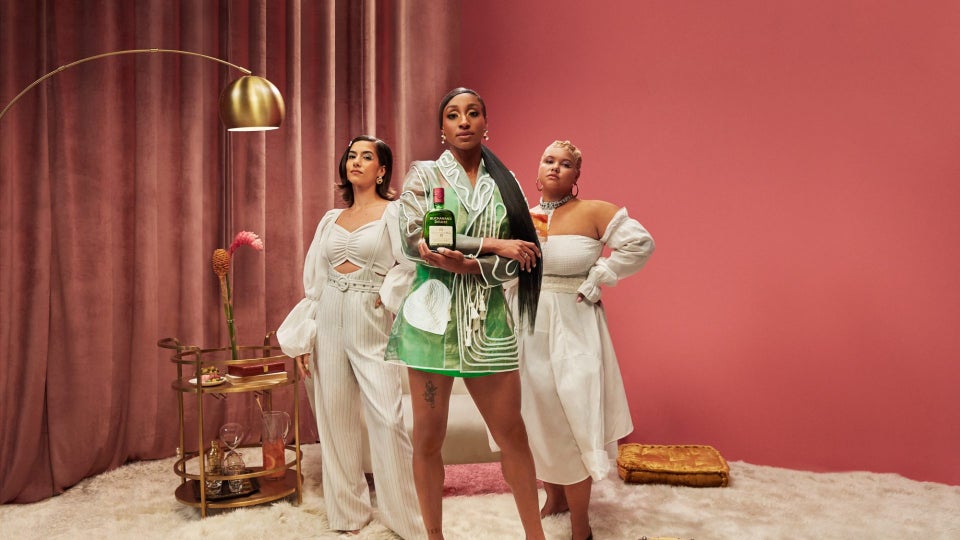 In an interview with Sports Illustrated’s The Spun, the gold medalist, whose Black father is from South Carolina and whose Puerto Rican mother hails from Trujillo Alto, discussed her partnership with Buchanan’s Scotch Whisky for its campaign “What Glory We Are.”

The campaign is in honor of Hispanic Heritage Month that celebrates the unique duality of the Hispanic American experience as 100% Hispanic and 100% Black American.

“The ‘What Glory We Are’ campaign is about celebrating 200-percenters, 100 percent Hispanic and 100 percent American,” Camacho-Quinn told The Spun. “It was, how can I say it, it was like celebrating the uniqueness of those like myself. That’s really what I can say about that.

“For me, growing up, I came from two different backgrounds,” she added. “I got to experience my mom’s side, which was Puerto Rican. Language wasn’t No. 1 for us because it was hard for it to happen if we weren’t around. The food that we ate, though, we’ve definitely kept that in our lives. Music has been a big part of our lives as well. My mother always made sure we kept the music close to us. Honestly, the traditions we had growing up made me who I am today, and I’m proud of who I am.”

Back in 2016, when Camacho-Quinn was a freshman in college, her expectation for the Rio Olympics was promising until she literally hit a hurdle. After making it to the semifinal in the Olympic 100-meter hurdle race she hit a hurdle and was disqualified.